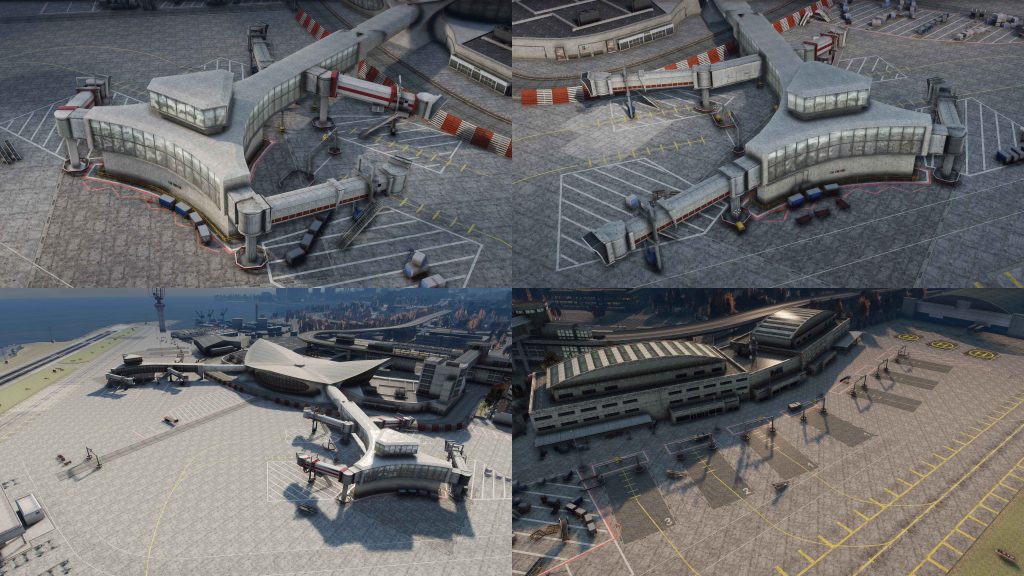 I present to you a modified Francis International Airport. The static planes have now been removed as well as some obstacles blocking Taxiways & Gates making it now possible to park your aircraft at (FIA). The airport’s terminal and control tower are based on Terminal 5 (the former TWA Terminal) and the control tower at John F. Kennedy International Airport in Queens, NY, respectively, while the runway design emulates that of LaGuardia Airport, also in Queens. The airport’s logo resembles that used on the defunct Pan American World Airways.