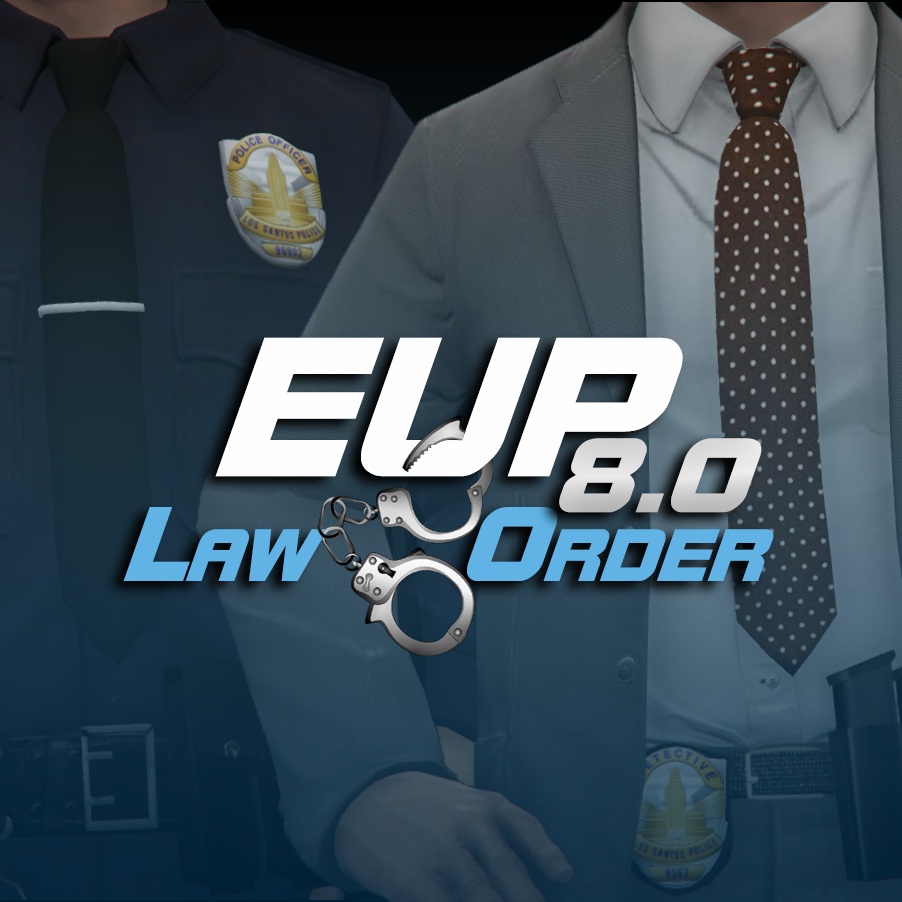 For the tailored menu: EUP Menu

– Re-added a pant model that was accidently deleted in 8.1 (breaking USCG uniforms in Serve & Rescue)

CHANGELOG 7.3
Built against RPH 0.40.952.8173 and RAGENativeUI 1.4.1
Renamed EUP Clothing Menu to EUP Menu
Menu banner and all related text has changed to reflect this
New feature: CUSTOM CHARACTERS
EUP Menu now introduces highly customizable characters (say bye to the stone age of Skin Control)
Ability to create, edit, save and load characters
Ability to set your default character
Whenever you open the menu with a non-MP model, this character will automatically be loaded
Saves to \EUP\characters.ini which allows you to easily share your creations with others
New feature: CUSTOM OUTFITS
Similar to creating your own characters, you can now also create your own outfits
Saves to \EUP\wardrobe.ini
INI file has been split into different parts, all located under \Plugins\EUP\
-Clothing presets are in presetoutfits.ini
-Custom characters are saved in characters.ini
-Custom outfits are saved in wardrobe.ini
-Settings are in settings.ini
Added all glasses to Accessories
Added instructional buttons to aid in using the menu
-Instructional buttons can only show so much. Take a look at controls.txt for the full list of controls.
Full controller support (including opening the menu)
-Menu toggles and their modifiers are located in settings.ini
Gender changing has been moved to character creation
Winter and Tactical Apparel categories have been merged into Main Apparel
Fixed menu not destroying cameras on plugin unload
Fixed customized characters resetting to generic character
Command “EUPMenuReloadConfig” is now “EUPMenuReloadAllConfigs”
Renamed “Department Selection” menu to “Categories”
Renamed “Outfit Selection” menu to “Outfits”
Edited some miscellaneous text
Added Border patrol Uniforms (pre release) Male & Female
Added DOA gear (badges, response outfit, jacket)
Improved FIB Badge
Added more raid Jacket for : LSPD, DOA, PIA
May or may not have included easter eggs related to naming your character (sugoi =3)

1) Most of the files replaces other clothing like overcoats, golden T-shirts, Fur coats, unused meshes or textures, meshes from updates like valentines dlc or independence dlc.

4) This pack is made for single player use only, even though it suggests multiplayer.

2) Most of the files replaces other clothing like: overcoats, golden T-shirts, Fur coats, unused meshes or textures, meshes from updates like valentines dlc or independence dlc.

4) This pack is made for single player use only, even though it suggests multiplayer.