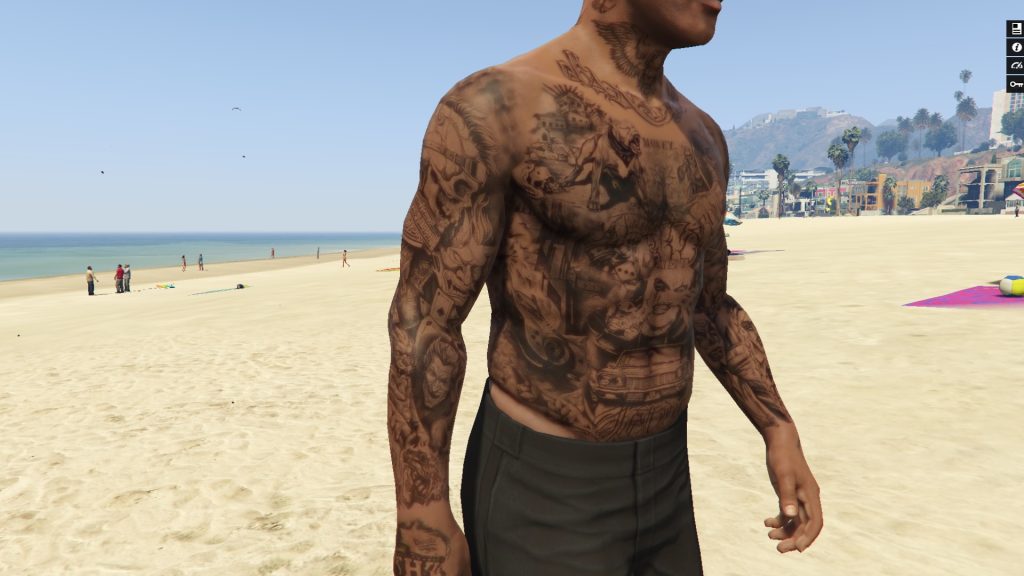 Covered in chicano tattoos. Body tattoo for Franklin. It’s a skin texture, NO tattoo which you can get in tattoo-shop

Initially, Chicano tattoos were a hallmark of Latin American gangs. They were made mostly by criminals. But all this has long since sunk into oblivion, and now a tattoo in this style “does not say” anything bad about its owner. Such tattoos were not just a sign of belonging to a gang, they carried a deeper meaning. The main ones were the futility of being and the highest justice. Such an image as death was often used. Therefore, chicano tattoos have a very mysterious and sometimes sinister meaning.