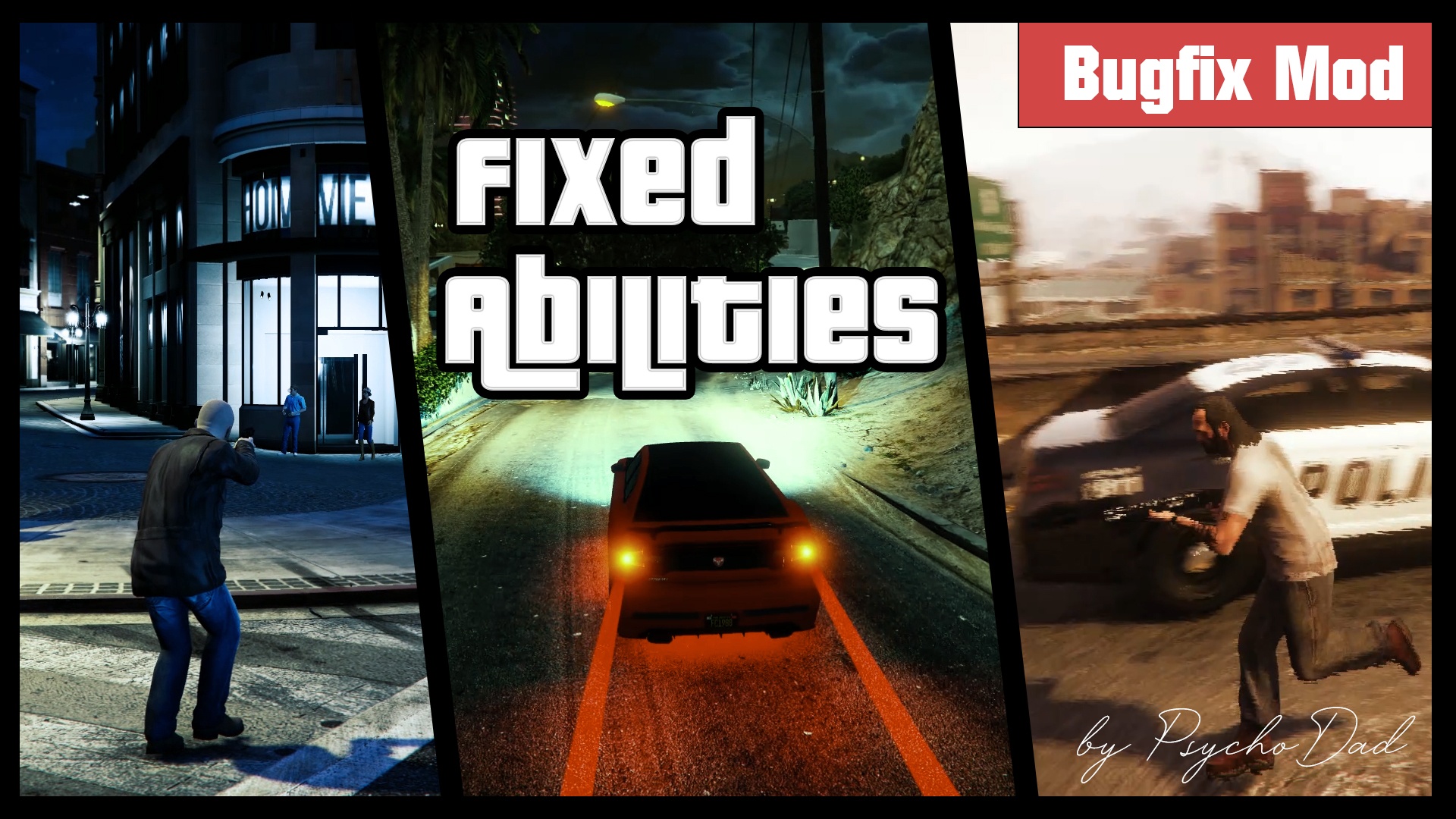 This bugfix-mod will fix the glitches related to the special abilities in story mode. These bugs exists for a long time (probably since release) and have never been patched by the developer.

*explained in the video above and in the text below

How does the special ability skill work?

Why are special abilities broken?

There are two glitches related to the special abilities. Both glitches can occur every time after a savegame has been loaded.

The special ability skill progress can drop from 100% or any other value back to 60%. I’ve encountered this bug myself with Trevor while playing the storymode recently. This bug is actually related to the first bug and will occur if you level up your skill progress, while the wrong skill level of 50% is used by the game.

The mod has been tested with game version 1737 – 2245, but it should also work with any other game version, because the mod uses a memory pattern detection technique to find and repair the broken local function.