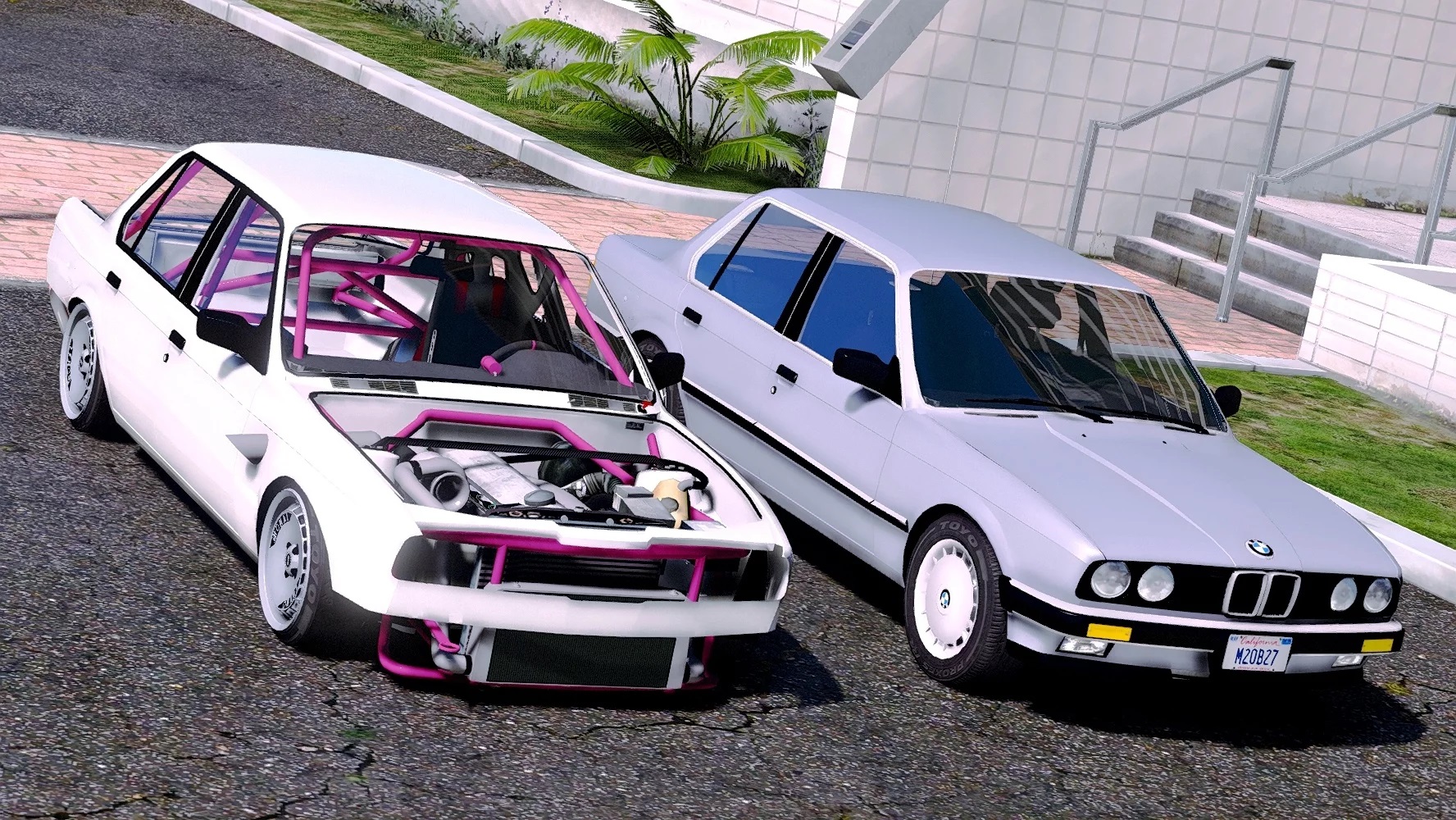 This is my contribution to the E30 family in Los Santos. As there are no sedans released, I premiere the pre-facelift 325e sedan from approximately model year 1986.
Included 2 versions of the vehicle – non-tunable stock and a heavily tunable version.

As this is a complex mod, there are something on the minus side, as well…
Native model with textures is very ancient. Today, there are much higher standards.
Trim removal option reveals some bad polies underneath. I try to fix them, if I come up something smarter.
Minor logical issues, such as hydro e-brake should be relocated, some incomplete interior wiring, unmodified wheel wells, partial tuning incompability & etc.
Problems with bullet reactions.
Whole model and conversion work done only in zModeler3…