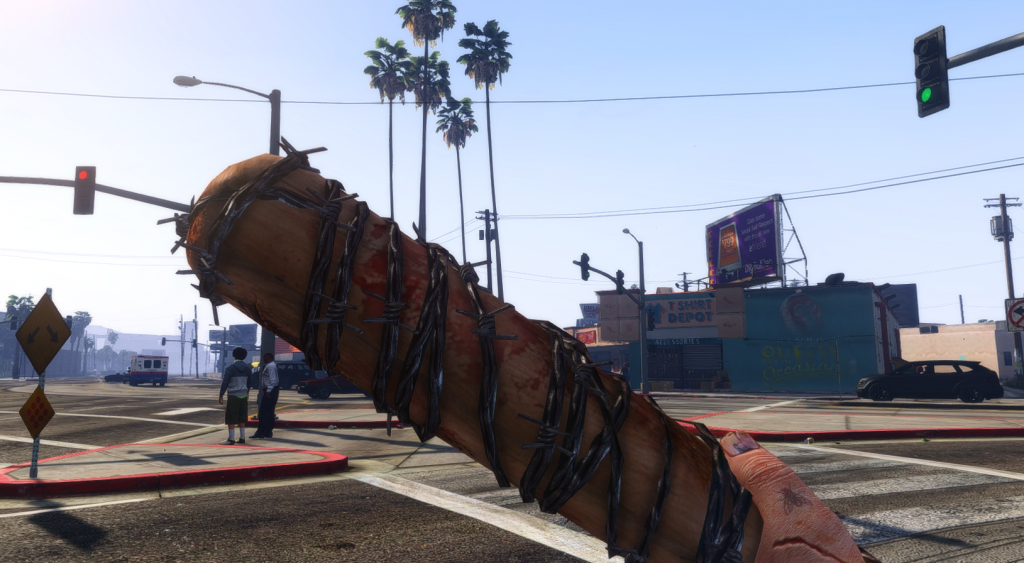 Thanks to Rippler who provided with sick footage!
Well I’ve seen many of you guys yap about this bat so I decided why not give it to you as a comeback mod. It’s legit TWD Lucile bat with markings and all, looks sick!

After some time of not uploading jack shit I’ve come back with a fucking bat to show you guys I’m not dead. No, I haven’t been inactive I’ve just been working on some big projects to bring you guys a bunch of awesomeness!
So keep waiting for them! They’re almost here! 😀