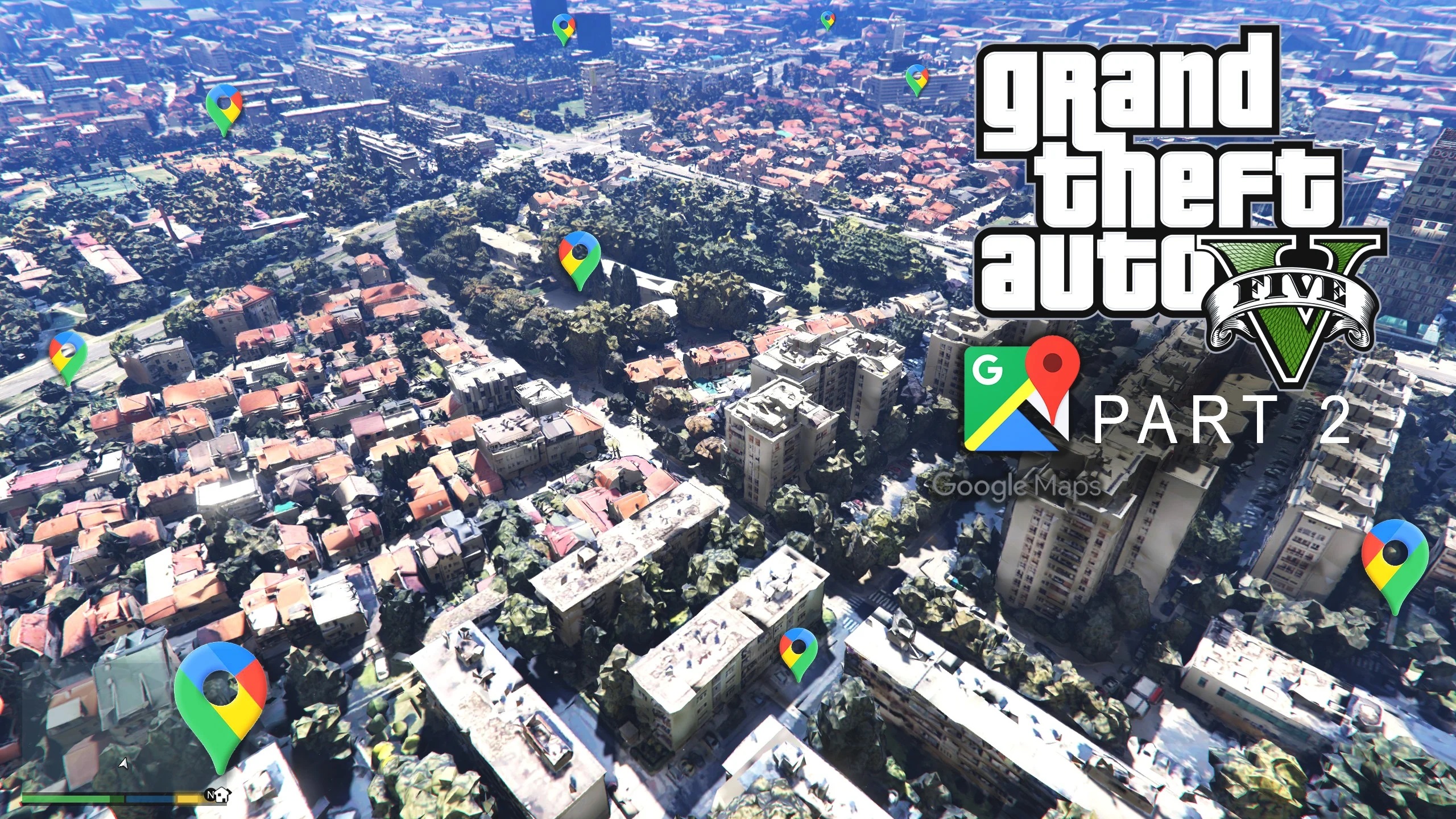 LEGAL: The 3D region scanned content belongs to Google and its respective holders, I have no involvement in 3D scanning of the video-featured satellite imagery depicted in the game nor it’s GTA5-Mods.com released counterpart.

Google Maps Zagreb V is a Google Maps 3D scan extraction of a region batch based on satelite imagery and an import into Grand Theft Auto V for initial testing of experimental purposes.

Map is added as a DLC pack – the recommended prerequisites with installation general procedures are listed as follows:

Place the bundled file googlemapszg in dlcpacks folder inside update.
To install, input the files according to folder name and their relative paths using OpenIV.