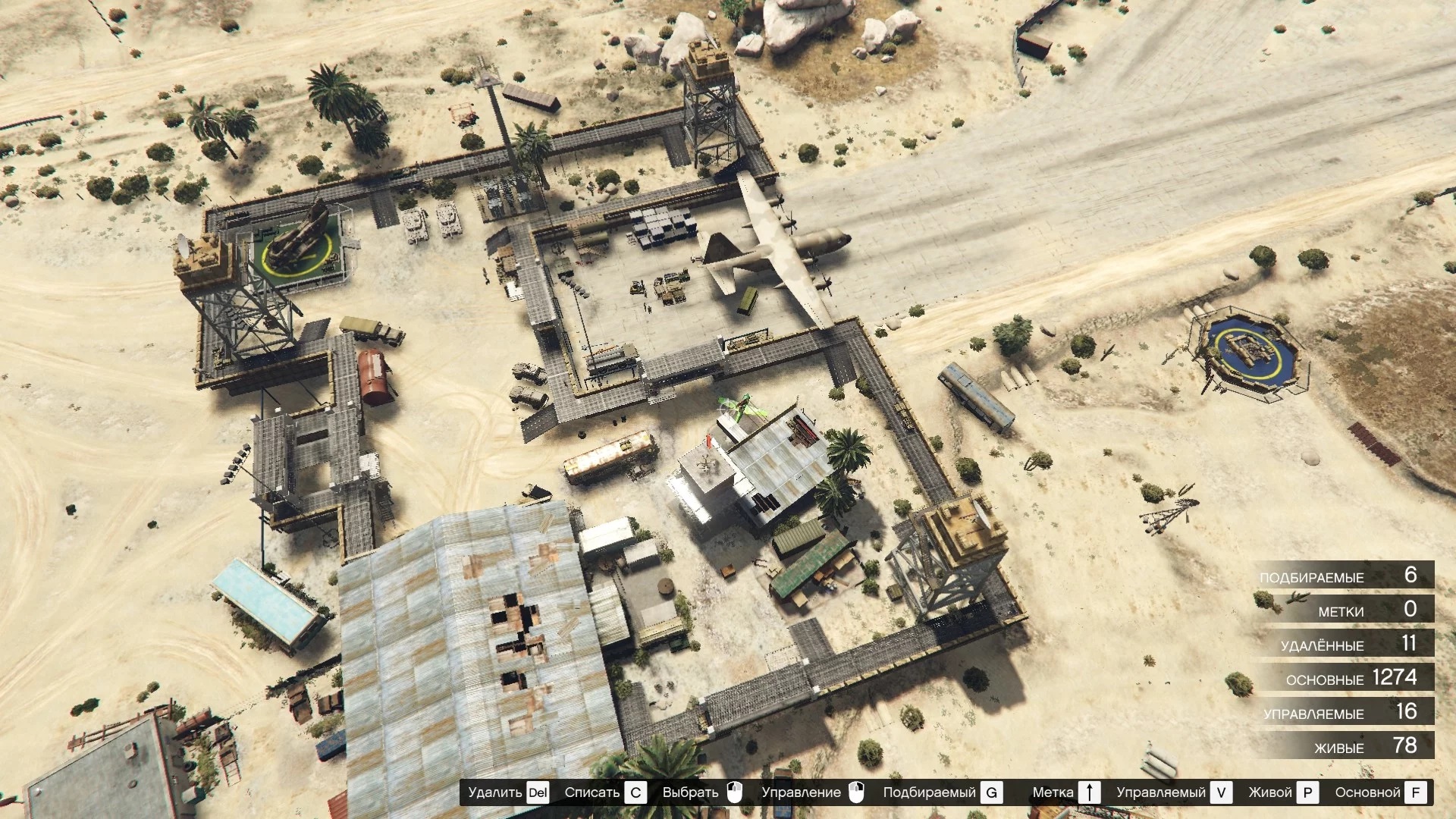 If you take a video with my map, please provide a link to my profile works.

Changelog:
Version 8.0:
– Full rebuild of all the walls and fortifications
– Improved observation towers
– Redesigned car workshop
– Redesigned the landing site for the helicopter
– Improved gate
– Added transport and features from the latest updates
– Almost all NPCs use weapon series MK2
– Partially improved the clinic inside the hangar
– Improved improvised command post
– I am tired of listing innovations, there are a lot of them.
– Watch the video, which shows the modification

Version 7.1:
– fixed the position of some objects
– the plane “Titan” is replaced by bomber “bombushka”
– cargo helicopter replaced by fighting “Savage”

Version 6.2:
– removed forgotten items
– added the mobility of the chairs

Version 5:
-Walls have been leveled by means of the tower crane 😀
-The workshop for the equipment is processed.
-New racks in the main room are added.
-In this version also three versions: friendly, aggressive, neutral. About the description of versions read in the previous updating)

In the next update ( few days):
– fix bugs (if I find them)
– add a large shooting range

So this is the new military base in the desert, completely protected from all sides.
This military base is a military base upgrade
This modification will be still refined, and soon I will add a terrorist base.
On this base you can defend against all enemies! Even from hordes of zombies! )))
I don’t know what else to write about this work, just look at the screenshots and video. But in the video you will not see all 🙂

Installation of the map: