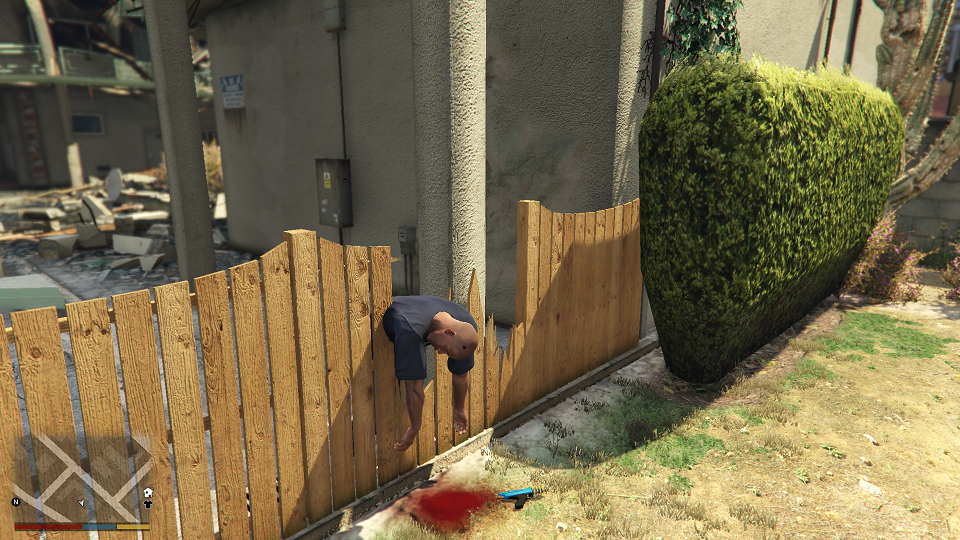 Overview:
Watch Your Death prevents the “Wasted” screen from appearing and lets you choose to revive in place or respawn at a hospital.

Known Bugs:
Ragdoll in “INCREASED HEALTH” version is buggy at times and will slide or slowly spin

Bug Reporting:
If you have any bugs or requests, I’ll be able to respond faster at:
Discord – IAmJFry#0097 OR Join my Discord server!
(If the mod “doesn’t work”, please do not contact me before making sure that you’ve properly installed/updated everything that is mentioned below in the “Requirements” section.

Differences Between The Two Versions:
Increased Health:
Changes the players current and max health (IF YOU REMOVE MY MOD AFTER SAVING YOUR GAME WHILE USING IT, YOU WILL NEED TO USE A TRAINER TO RESET THE PLAYERS HEALTH BACK TO THE DEFAULT HEALTH OTHERWISE IT’LL REMAIN AT THE HIGHER AMOUNT)
Player is “dead” when under a certain health value (player still only has the default health amount)
Forces the ragdoll when the player is “dead”
Forces a death animation while in vehicles otherwise the player will still remain alive
If you want to use Director Mode or record in first person, then this version is the only one that’ll work for that unfortunately
Uses a custom health bar, if enabled, that covers the vanilla one. When using the vanilla health bar, the bar automatically adjusts for the increased health which makes it unusable.

Disables Script:
Disables the respawn script to prevent the player from respawning or showing the wasted screen
Uses default health values and when the player dies, the game actually registers this which is why some things don’t work such as dying in first person view or dying while in Director Mode
Recording still seems to work and I put some code in place to allow recording while you’re dead since this is disabled by default
When reviving, the player instantly stands up and if too close to another ped or vehicle, it’ll cause that entity to vanish (not much of a choice here because if I don’t do it a certain way then it breaks the game until you respawn at the hospital)
This version is more so a lighter version and doesn’t do anything extra but gives a more vanilla GTA V feel compared to the other version

V5.0:
The .ini is now created by the script if it is missing but one is still provided.
Added a menu using LemonUI to make changes in-game (Credit goes to justalemon!)
Both versions are now combined into one script and you can freely change between the two using the menu or changing the “WYD Version” value in the .ini (0 = Increase Health and 1 = Disable Script)
Added a model reset when respawning or getting arrested to prevent the game from getting stuck on the infinite loading screen. Now your model will switch to Franklin after the game loads back in (You have to disable the model reset option associated with whatever trainer or model switcher you use)
Multiple bug fixes

Changelog:
V4.3.2 (BOTH VERSIONS):
Fixed a bug causing a part of the script to crash when trying to suicide and switch weapons at the same time. The weapon wheel is now disabled while playing one of the suicide animations. Thanks Chippo for pointing this out!
Added “Enable Slow Motion Automatically When Dead? (True or False)” to the .ini to slow the game speed when you die as requested.
Added “Slow Motion Speed (If Enabled Above)” to the .ini so you can adjust the speed of the option above. Available speeds range from 0.0 which is the lowest to 1.0 which is the games default speed so basically no change.
Added “Hide HUD When Dead? (True or False)” to the .ini to hide the HUD when you die.
V4.3.2 (INCREASES HEALTH):
Added “Custom Health Bar On? (True or False)” to the .ini. When enabled, press the F10 (Changeable in the .ini) to edit the custom health bar. By default, the bar should be automatically set for 1920×1080 so if you use a lower or higher resolution, it’ll need to be adjusted. Keybinds are located above.