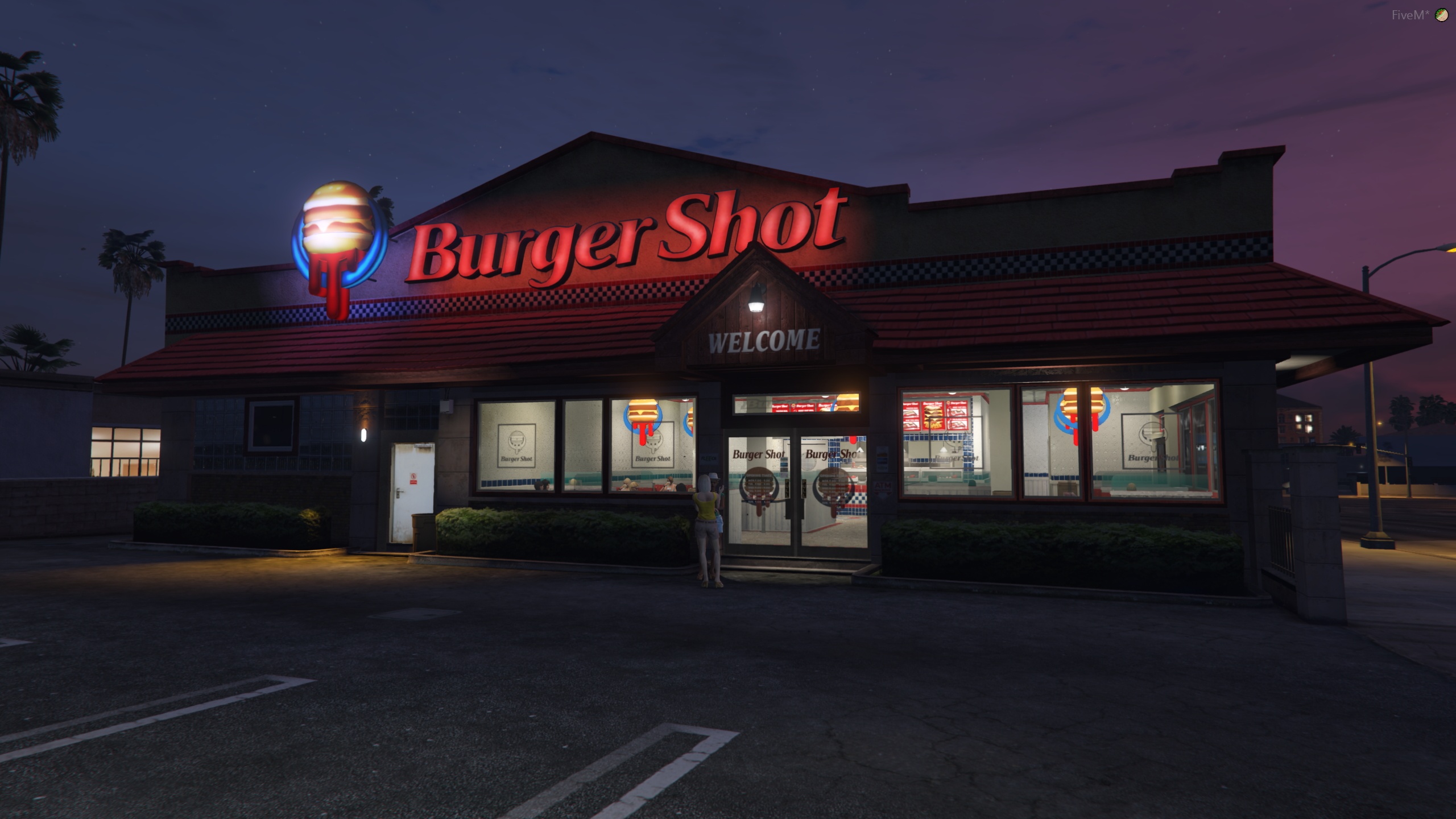 I have recently been working on bringing some of GTAIVs interiors over to GTAV. Here is one of them.

Located in Vespucci in the current burgershot building which Rockstar converted straight from GTAIV but never included the interior.

Included is a Single Player DLC and a FiveM Resource so you can use it where you please.

Then add the following link to the bottom of your dlclist.xml which is located at “mods/update.rpf/common/data”

FiveM
Copy this folder into your servers resources folder and add “start burgershot” to your server.cfg and that’s all you need to do.

Please do not reupload this anywhere without my prior permission. If you are going to use this in a mod showcase YouTube video please link back to the original mod.

I will offer support here, but for faster support jump on my discord server http://xpl.wtf/

Added a custom timecycmod to make the interior appear more grimey and dirty
Added some particle effects such as cockroaches, deep fryers and taps leaking
Made the signs inside the restaurant emit light makes the place look way cooler at night
Removed unused archetype definitions and models

Big shoutout to dexyfex for making the best tool in GTA history, Codewalker. Also to FiveM for all their work on making easy converting tools. If it wasn’t for them these guys none of this would be possible.