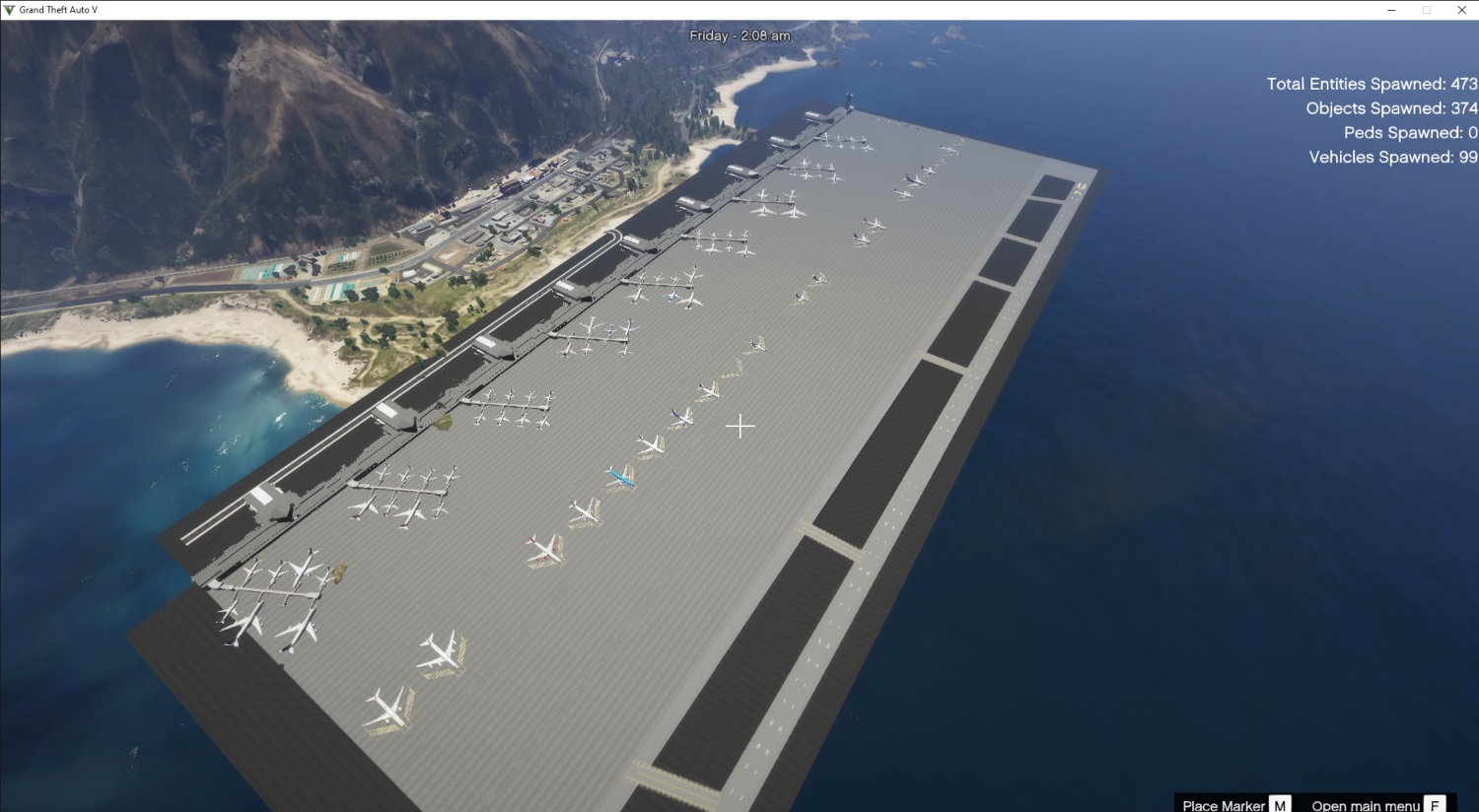 Hey guys, this is my first mod so i’m not sure how good it will be….
I’m playing a lot Gta V and really love aviation and to make some flights, from LSIA to Sandy Shores, Fort Zancudo and Grapeseed(only with small aircrafts), but I wasn’t satisfied from those airports, so I download some airport maps like the Tataviam amazing Airport but it was too close to LSIA, and then the Paleto Bay airport but it was too small for me, so I decided to build a new airport in Paleto Bay, the airport includes 9 terminals, one for United, one for American Airlines, one for Ryniar and one for Lufthansa and 5 more for the others, in every terminal you can park until 8 planes and there are more 20 parkings for planes that you don’t want them to be on the air bridge, there is one runway that bigger and wider then LSIA’s runways and you have a lot of place to move with your aircraft also if your on Antonov 225.
As I said this is my first mod so there are not so many details, there are no peds or realistic airport lines on ground but i hope i’ll make version 2 with some fixes.

Bugs:
as I said, there are not so many details, but it’s enough for someone who wants to flight from airport to airport, park some big planes and have a lot of movement area.

Requirements:
–Menyoo SP by MAFINS
-If you want all the planes and prevent some other bugs: Civil Aircrafts Pack / Passenger & Cargo by Panico Total
-If you want the Ryanair terminal to be perfect: Boeing 737-200 Ryanair livery by Kiryu, Bushiido444, CaptainSim
-GTA Object Spawn unlocker
–Custom Props

Installation:
1. Extract the zip file, copy the ‘menyoostuff’ folder to the game directory filder.
2. Enter the game, press F8, go to ‘Object Spooner’, then go to manage saved files and press on AP6