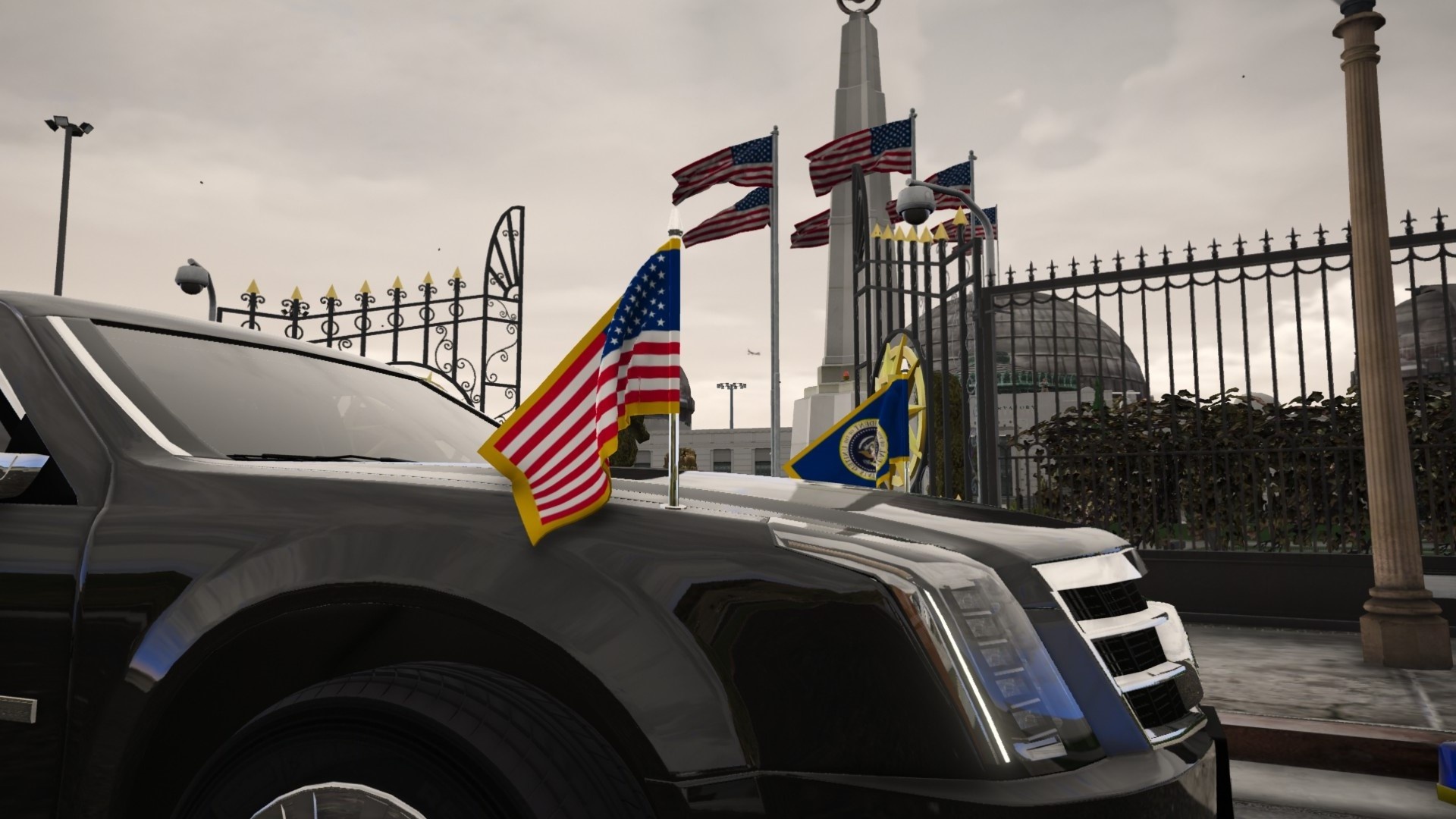 Seeing as to how we have both the Marine One, the Air Force One & the soon to be released Presidential State Car, all thanks to SkylineGTRFreak. It was now time that Los Santos got it’s very own White House for the President Of The United States. Built in and around what is probably the most iconic building in the whole of San Andreas and is often widely used in almost every map mod that is related to the President or a Presidential vehicle showcase, but almost always in it’s vanilla form. The Galileo Observatory. So I decided to turn this already astounding monument into a majestic Presidential estate. The Los Santos White House, isn’t an exact replica of the real life 1600 Pennsylvania Avenue, nor was it created with that intention in mind. The goal here was to create something close to a White House in Los Santos that has been inspired by it’s real-life counterpart. Keeping that in mind, I hope you enjoy what it has to offer.

It’s finally time to give the Los Santos White House a little make-over and so be it. v1.1 is now out and right off the bat, I would want to explain what this update originally was going to be and what it then got shifted to for the time being. The sole reason for delay in putting out this update was basically a lot of technical issues that were being experienced at almost every step of the way, given the scope of the ambitious nature that the update in question originally had. I am currently in touch with the authors of the various mods that were used to create this map itself and hopefully we should be resolving a number of critical issues that are holding this map and quite frankly my imagination back. 😛

So, basically this update was to be focused and centered around a lot of interior work for The White House, which unfortunately had to be cut off out of this update due to the above mentioned reasons. However, the other important areas that the update focused on alongside of the interiors, have been retained & implemented and it should be enough till the release of the next update, which hopefully should be focused on the left out interiors.

Significant changes to be noted are as follows:

-The map now has been partially converted to be an Add-on map, which basically takes off a heck of a lot of load on the game by reducing the number of Props from around nearly a thousand to around 350+, putting the rest of the load on the add-on factor. Which reduces lags that may be experienced by not so heavy duty systems, when the remaining props are fully loaded.

– [IMPORTANT] Keep in mind that even though most of the exterior White House Grounds have been converted to an Add-On Package, you still are required to load an xml menyoo file in order to load up the Vehicles & Peds, along with the custom props, that this Map has had since Day 1. This is so because for some reason, these three things do not load up properly in the Add-On format. Hopefully this should also be resloved in the next update so the map can become a fully Add-On experience. I have included a detailed instructional guide as to how you can go step-by-step in ensuring that the map loads up like it should.

-The front area of The White House Drive-way has been over-hauled, with new lighting, optimized ped count, more props and slight changes in vehicle placements.

-Most of the Secret service agents inside the White House grounds finally have animations that are retained, so no more standing around with guns. Now the only people who stand around with guns are the cops and field agents outside the grounds.

-The fencing around the White House has been completely over-hauled.

-More guard posts have been added at the entrance and exit roads.

-Over-all lighting of the entire area has been over-hauled as well.

-Minor changes to the Oval-office.

-The Marine one on the Helipad is now a Sikorsky VH-3D & a new USMC Dress Blues Marine uniform has finally been adopted to get rid of the boring plain uniform in-game.

-Road barrier placements have been heavily refined, with better road markers for night time and more security related props added in and around the White House.

-Minor changes to the roof of the White House. Snipers now patrol the roof too instead of just standing around.

The LS White House boasts of :
– Over 800 Items
– A landing pad for the Presidential Aircraft
– A detailed complex that is surrounded by the Secret Service, the Local Law Enforcement & Military Personnels, all for the President’s safety and security, in an area that is under heavy surveillance 24/7.

…to name a few and much more!

Here’s what you’ll need in order to successfully load and play this map :

– The latest version of scripthook, etc and all that good stuff :p

– If you wish to have the VH-60N-Whitehawk spawned on the helipad,
download and install the mod by SkylineGTRFreak

The Installation instructions are quite simple and have been included with this
mod.