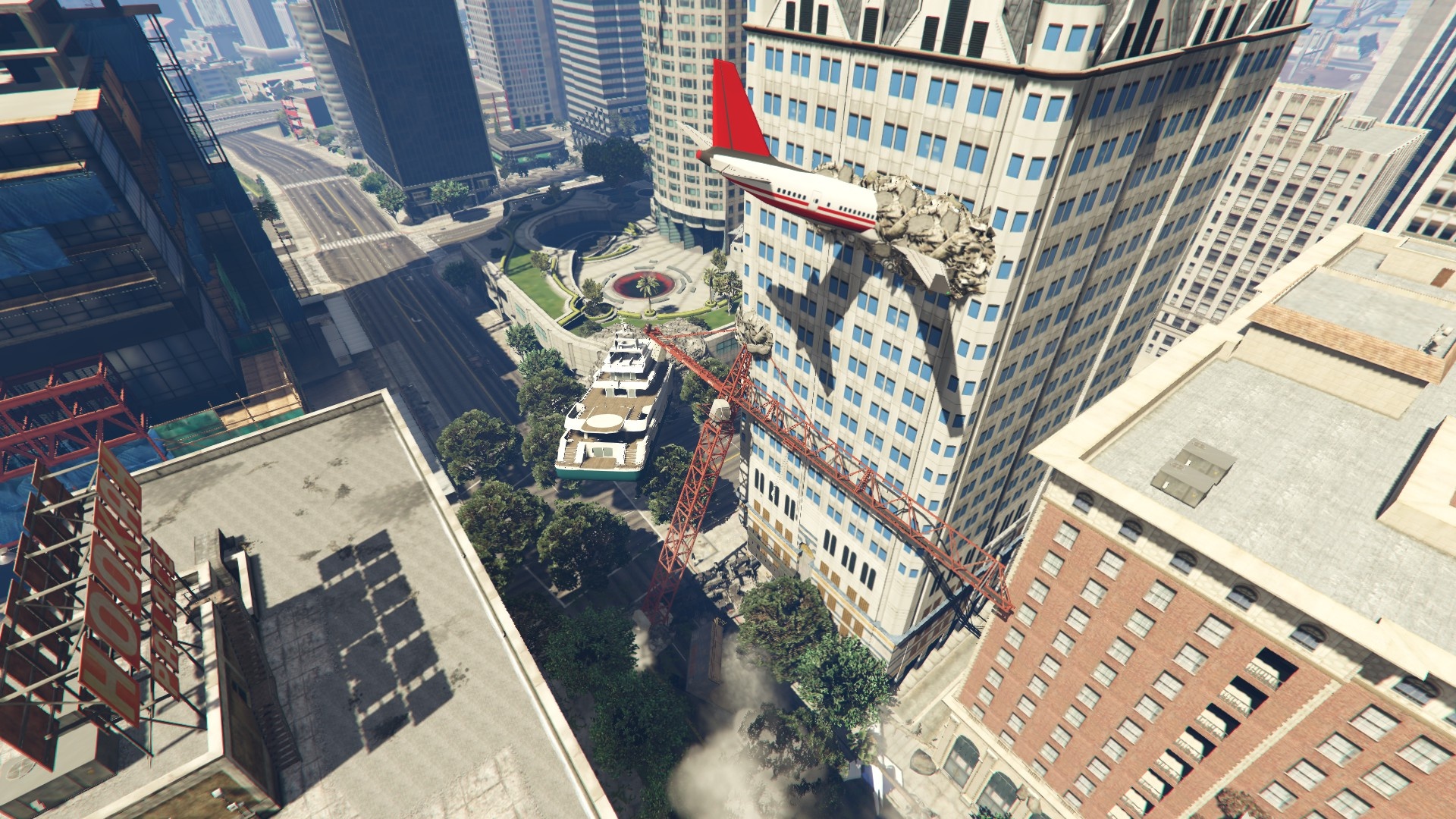 Installation:
Place “what” file inside of your GTA V main directory. Than launch your game and open Map Editor “F7” and Load the map with “what”.

THE PLANE IS NOT SUPPOSED TO REPRESENT 9/11. KEEP IN MIND IT’S ONLY A MAP MOD.

Update 1.4:
-Added a lot of improvements and details to the mod.
-Added the dead police officers and the dead army soliders+blood under most of the people.