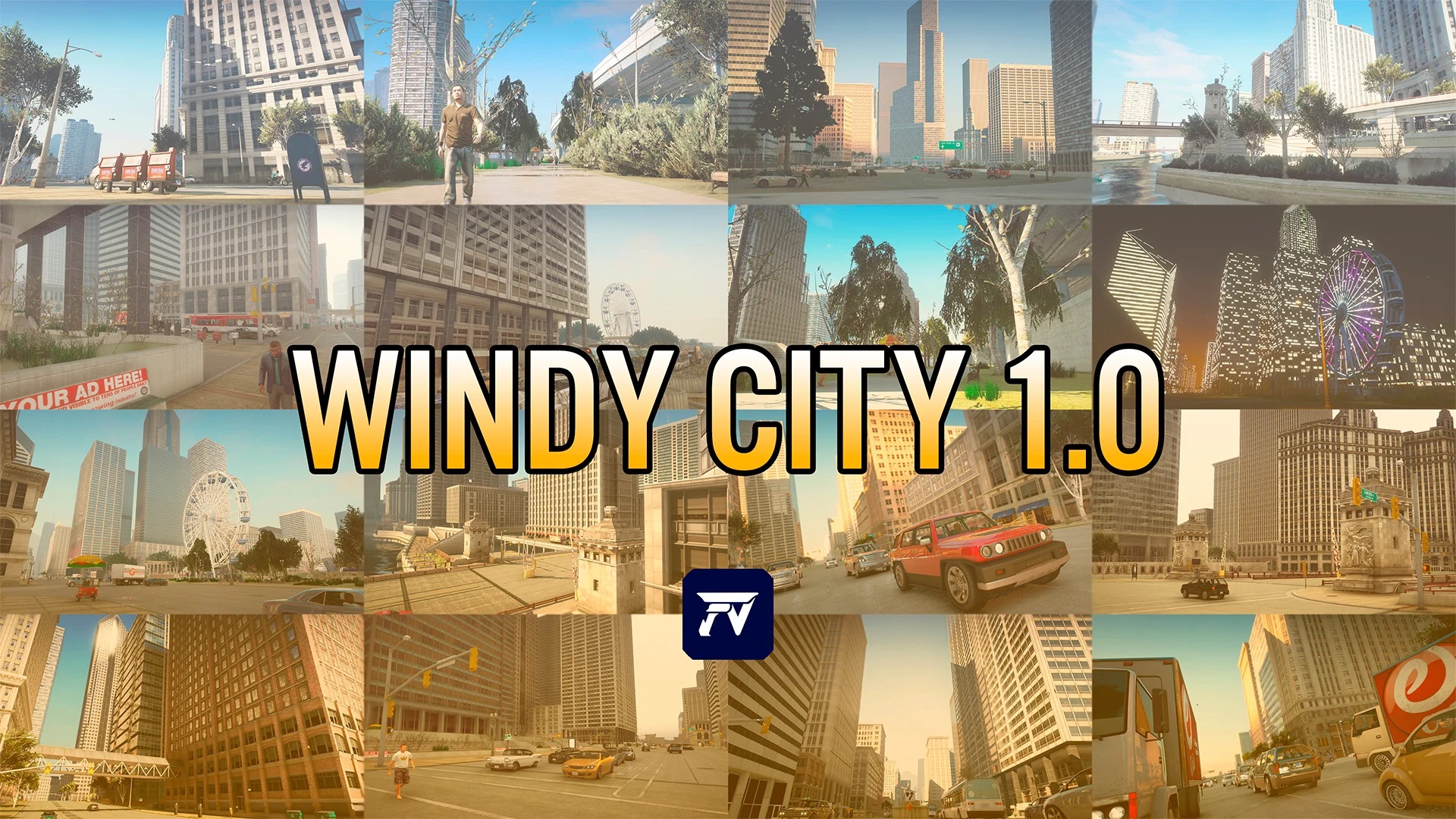 Windy City (GTA 5 Chicago) is a map modification developed by FV Design and Lozano.
Mod was critically acclaimed and featured on several known and less known publication websites dedicated to games and tech.

The High Definition area of Downtown Chicago was extracted from the Racing Sim game Race Driver GRID 2, developed by Codemasters. Source map was edited from a mod Race Map Pack by Derkuwinator
It was then further remastered to see use in free roam gameplay styles that Grand Theft Auto is well known for.
Google Maps 3D scanned area is added as complementary to the existing as to certify map is not an island and rather an illusive landlocked zone. GTA 3 (III) was the only 3D GTA to feature such a way of depicting a world to players of the franchise.

Content depicted is in no way endorsed or associated with Codemasters, Rockstar Games, Take-Two Inc, nor Google.

Rockstar North and Rockstar Games in its entirety.

Installation instructions with more information can be found in ReadME.txt.