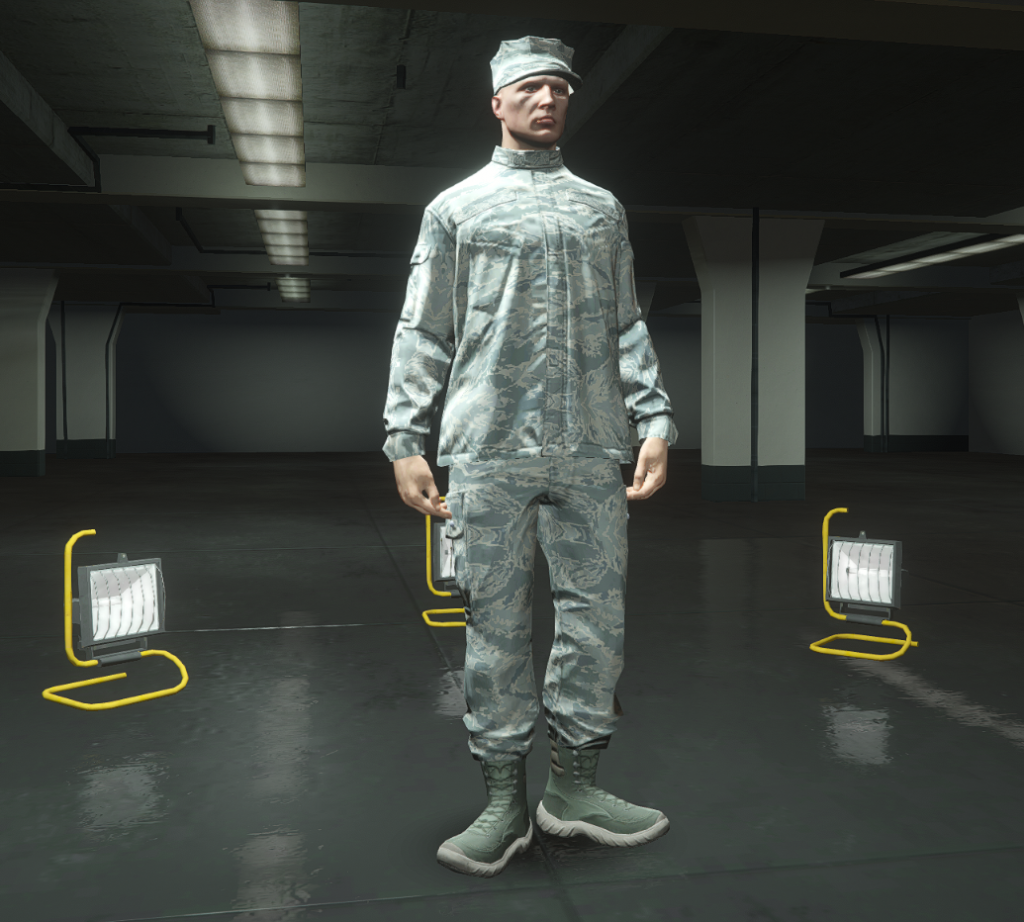 The Airman Battle Uniform (ABU) is a U.S. camouflage combat uniform formerly worn by members of the United States Air Force, United States Space Force, and some civilian employees of the U.S. Department of the Air Force until April 2021. It replaced the Battle Dress Uniform and Desert Camouflage Uniform on 1 November 2011 after a four-year phase-in period (Wikipedia).

Instructions can be found inside of the Zip file attached! Make sure to keep posted, we are releasing more over the next year!