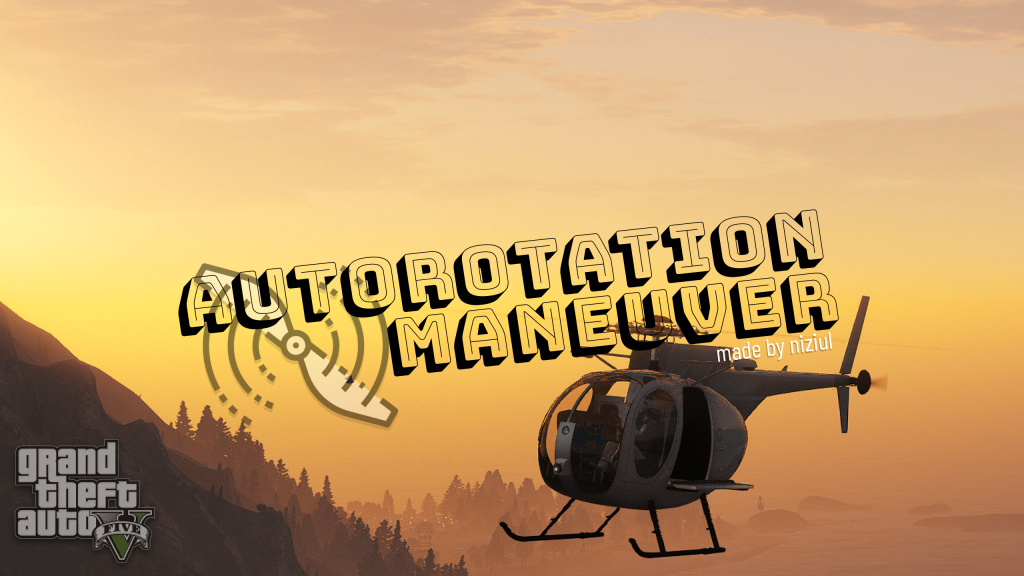 The script will add the ability to perform the autorotation maneuver, allowing you, if done correctly, to perform an emergency landing in any vehicle with rotary wings.

I made this script for the simple reason that it makes no sense that I could survive the impact of a missile fired at the rear of my helicopter, but die trying to land it. Now I managed to land the whole helicopter and as a bonus blow up the bastard that hit me using the portable missile launcher.

Featured
– Possibility to land any vehicle with rotary wings after the loss of the engine.
– A simple interface that displays the rotation per minute of the blades.

Installation
Extract from the .rar file the Autorotation-maneuver.dll file and the folder named AutorotationManeuver in the script folder.

-v0.3.1.0:
partial fix of the bug that causes the interface to pop up when leaving the aircraft for a brief
moment. It still appears for an instant if you roll over when landing with the aircraft turned
off.

-v0.3.0.0:
this version brings with it two new templates for the interface. just rename it to
“DefaultLayout.png” to use.

The change can be undone by changing the attribute called: “Display Only In
Autorotation” to “Off” in the initialization file called: “BehaviorOfUserInterfaceElements.ini”.