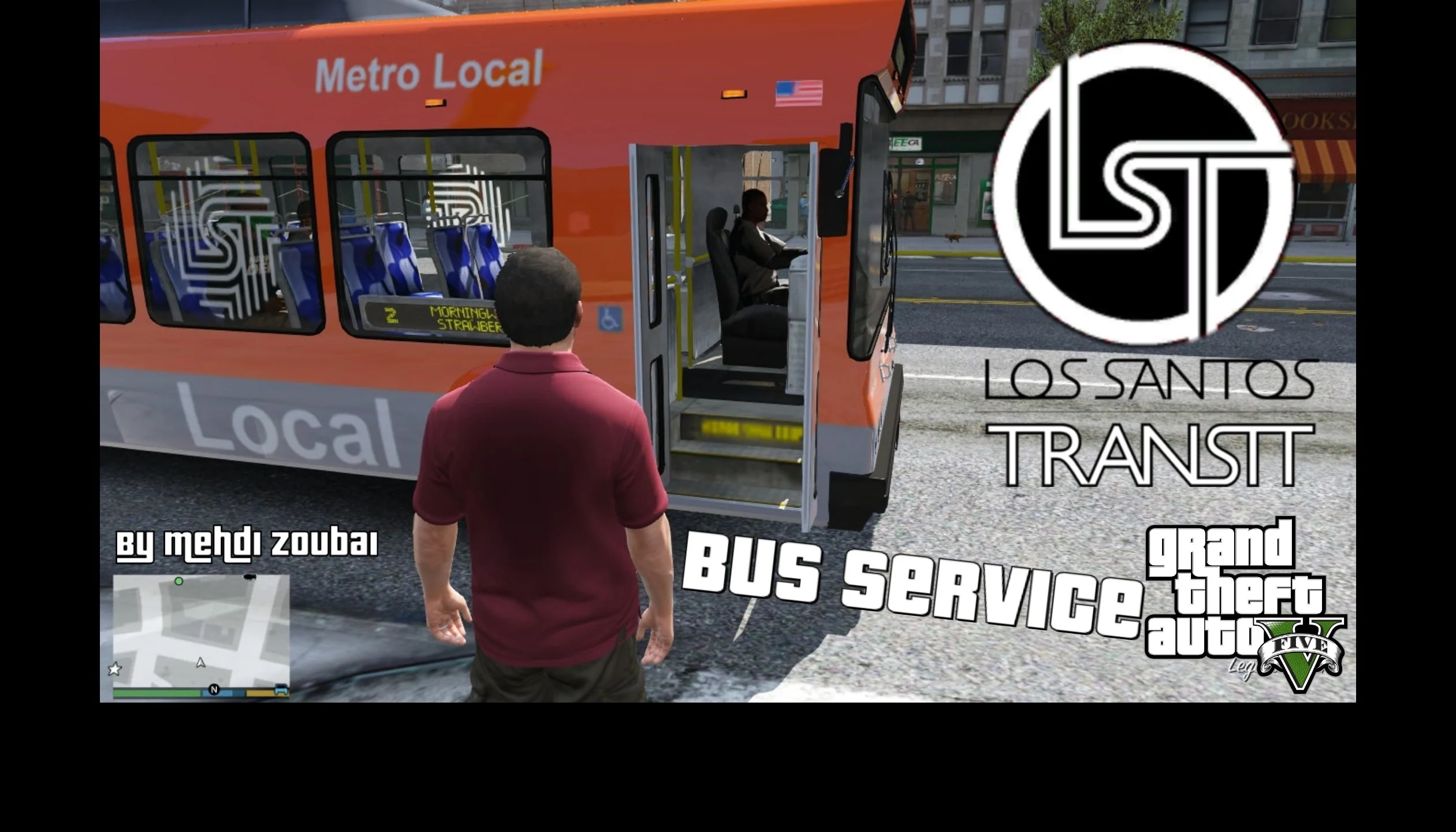 You may need this if you got models disapearing or game crashes:
– Heap adjuster,
– Packfile limit adjuster.

In GTA 5, the majority of players travel by car, legally acquired or requisitioned from a passerby, or by taxi, even if this has a cost, but few are those who think of public transport. It must be said that only the tram is an option accessible in the game as a passenger: the only means of taking the bus are to hold the wheel … or to climb on the roof. That didn’t stop a helpful GTA 5 fan from making and posting on reddit a fictitious map of the bus services that could be set up in Los Santos!

Features:
– Realistic liveries inspired from real Los Angeles buses one for Metro local and one for Metro express, Metro rapid not yet,
– Spawn peds in bus stops in line 10, other lines not yet,
– Exiting bus animtions not yet,
– Player exit from the reardoor not yet,
– Worktimes and similar frequency of the bus map.

Something in miscs with package installer (oiv) and something to “scripts” folder.
How to install is included in instruction.txt.

2.4.3:
– fixed animals enter bus,
– fixed bus floating after skiping to next stop,
– fixed player exit from rear door like other peds in terminal,
– other fixes.

2.0.1 beta:
– added respawn bus if it has been exploded or driver is dead.

You can’t play Bus Simulator V if LSBS is installed.