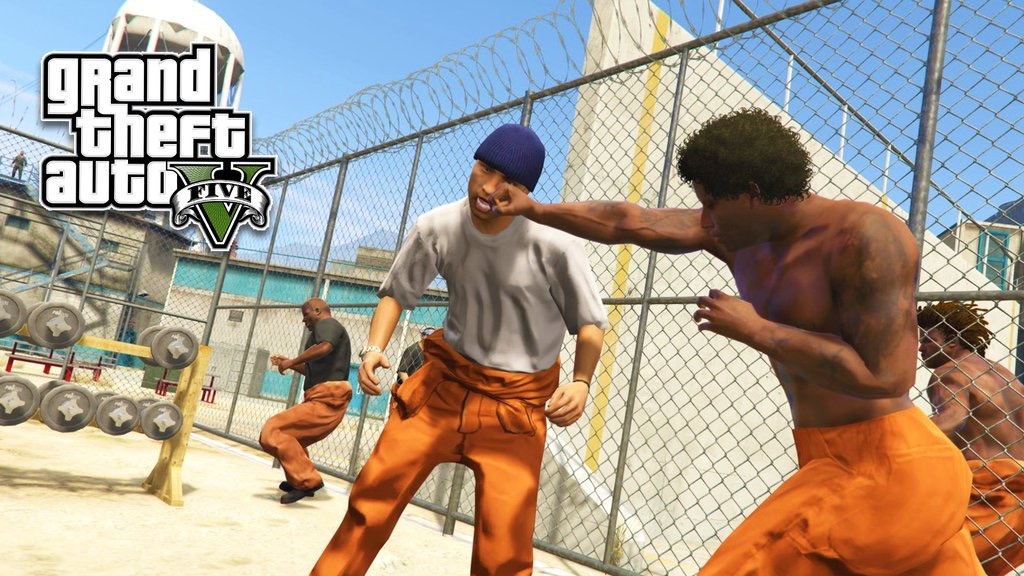 Grand Theft Auto is a game where you are a criminal, rolling around robbing banks, mugging, and well… doing whatever the hell you want. But not everyone gets away with it, and this mod enables you to no longer be free, but still have fun.

By getting one star, then getting arrested you enable a simulation of what GTA life would be like, if you could get put behind bars. With amazing features in this mod.

Features:
– Prison simulation
– Gang system (Join either, Ballas, Families or LostMC.. or even create your own gang by buying members and weapons! Gang members and weapons come with default gangs, it costs a good amount to create your own gang. Each gang has different positives and negatives, to do with strength, weapons and amount of people in the gang.)
– Prisons own interaction menu (Smoke a cig, smoke a joint, drink beer etc.)
– Access to do ALL GYM activities in the prison
– Get arrested to go to prison
– Black market like gun shop
– Jobs to earn money in prison
– Game pad/Controller support
– + More

This is early development, so please don’t hate for bugs, or
things not working, I worked a lot on this and will work even more to improve
and fix bugs.

and put them in your GTA V main directory.

and put it in your “scripts” folder, if you don’t have one, create one.

Step three:
Open game, and get a 1 star rating, when police come, put guns away and stand still to get arrested, then F6 is the key for the interaction menu!

– Alpha 0.3 – arrested to go to prison, various bug fixes, another job, escape routes, cargobobs to leave the prison, major bug fix, meaning cops will come after you and you will be shot if you try to escape/cause trouble, enhanced riot mode (When you fight too much all prisoners fight and guards join in).