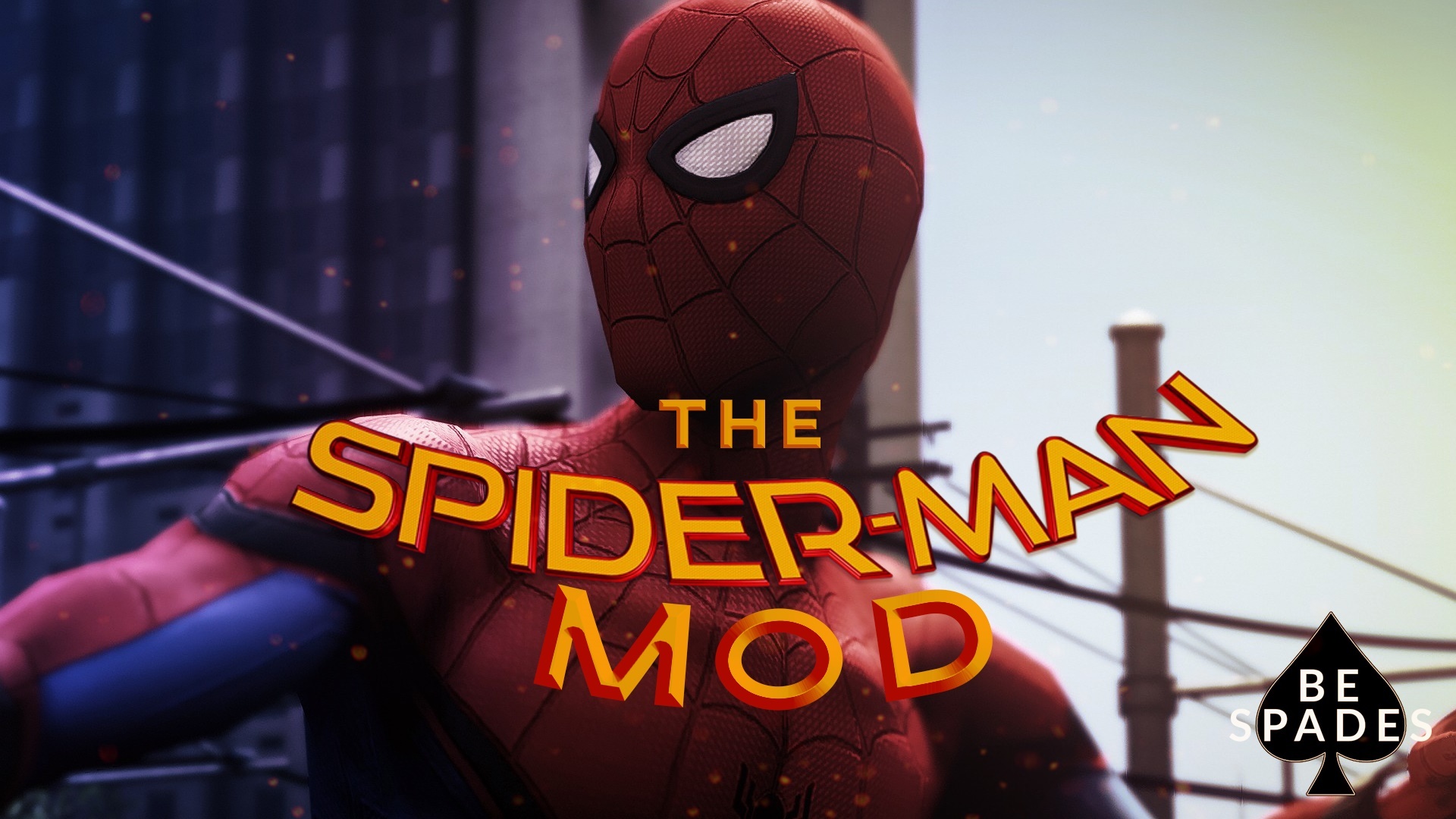 LATEST GTA V VERSION & prior modding knowledge 😡 ( I cannot and will not help you if your game version is below 1180.1)
Download NAudio.dll
and place it in your scripts folder.
Install both the Microsoft .NET Framework 4.6.1 (or higher, so skip this on Windows 10) and the Microsoft Visual C++ Redistributable Package for Visual Studio 2013 (x64).
Download/Install ScriptHookV
Download/Install ScriptHookVDotNet
Use the .oiv to install the mod (using OpenIV), or open it with an archive viewer (like winrar) and manually install the files

For controller users, you may want to change your parachute smoke button to a different one than A.

Tap Attack/LMB on the map (not objects) to grapple yourself towards that point.
Hold Attack/LMB on a ped, object, or vehicle then release to grapple the enemy towards you. Remember that you face the direction you want to throw them.
Hold Attack/LMB on a ped, object, or vehicle then right click on any part of the map (that’s near the ped, object, or vehicle your web is attached to) to hang that object from a web.
While in the air and near buildings hold down Jump/Space to start web swinging.
To wall climb press ContextButton/E when in front of the surface of a building.
Hold Jump/Space when your web is attached to a vehicle, object, or ped to do a rodeo attack and swing your enemies around.
Press SpecialAbility/CapsLock to start and disable spidey sense.
Press ContextMenu/M to change your super attack.
Press Numpad9 (configurable) to disable the mod.
Press O (configurable) to disable web shooters.
Press Jump/Space to rebalance yourself wall falling or ragdoll on the ground.
Press R/LightMelee when near & looking at a ped/vehicle to do a combo move (there are 3 initial combo moves)

2.1
Add more combat settings to options.
Changed melee to require you to be looking in the general direction of the entity you want to hit (so that you don’t randomly punch something on accident) (configurable)
Removed automatic swing detach when you reach 90 degrees (you can turn it back on in the settings).

1.0a
Fixed spider-sense not working.

1.1
2 new super abilities. You can change abilities using the “N” key.
Fixed some issues with crashing.
Fixed a lot of really strange bugs, with jittering animations during wall climb, webs getting stuck on players hand, etc.
Added full support for Julio’s menu (so that keycodes will not respond if his menu is being opened or closed).
Added support for Julio Green Goblin script (still a bit buggy check ini for some new values)
Added new configurable keys and other values to .ini file.

1.1a
General bug fixes related to animations, and physics.
Smoothed out some of the animations.
Web swinging is now just a little bit slower and longer.
If you hit a wall while web swinging you will ragdoll.
You can press space/jump while ragdolling in the air to re-balance yourself.

1.1a1
Fixed small bug making the player fall when grappling to close to the ground.

1.1a2
Fixed weird ragdoll bug where the player would ragdoll after falling off a building, also removed debug info showing on screen (sorry about that).

1.2
Added ability to put peds into an arrested state (still a wip).
Fixed animation jittering with player.
Added ability to attach object / peds / vehicles together with webs.
Added more configurable options to ini (such as web swing and grapple cooldowns).

1.2a
Added some optimizations and crash stability.
You can’t grapple if the you’re on the ground and the direction to the grapple point is lower than the players position.
Fixed teleporting speed bug with RPH.
Added configurable values for jump and grapple speeds.

1.2a1
Fixed some issues with slow-mo and grapple force.
Added more configurable options for web swinging.
Made default values for swing speed and radius reduced for a longer swing.
Fixed ragdoll and god-mode being enabled after mod get’s disabled.
Added option to ini that allows you to set the mod disabled by default.

1.2b
Added wall run.
Fixed invincibility glitch.
Added a force applied to the player after swinging so you don’t just fall.

1.2b1
Fixed velocity bug flinging character into air after web-swinging.

1.3
Added new combo ability, check controls for more info. This includes car deformation (s/o to @stillhere for some help on that).
Fixed rolling animation, should be much smoother now and blend in with the players movement.
Made it easier to swing lower to the ground, whenever you’re low to the ground and after you jump just tap space and you will do a quick swing.
Added NativeUI menu system to select abilities, since people where requesting that.
Added a “chargeable” jump system. Hold space to charge the jump and release when ready to jump.