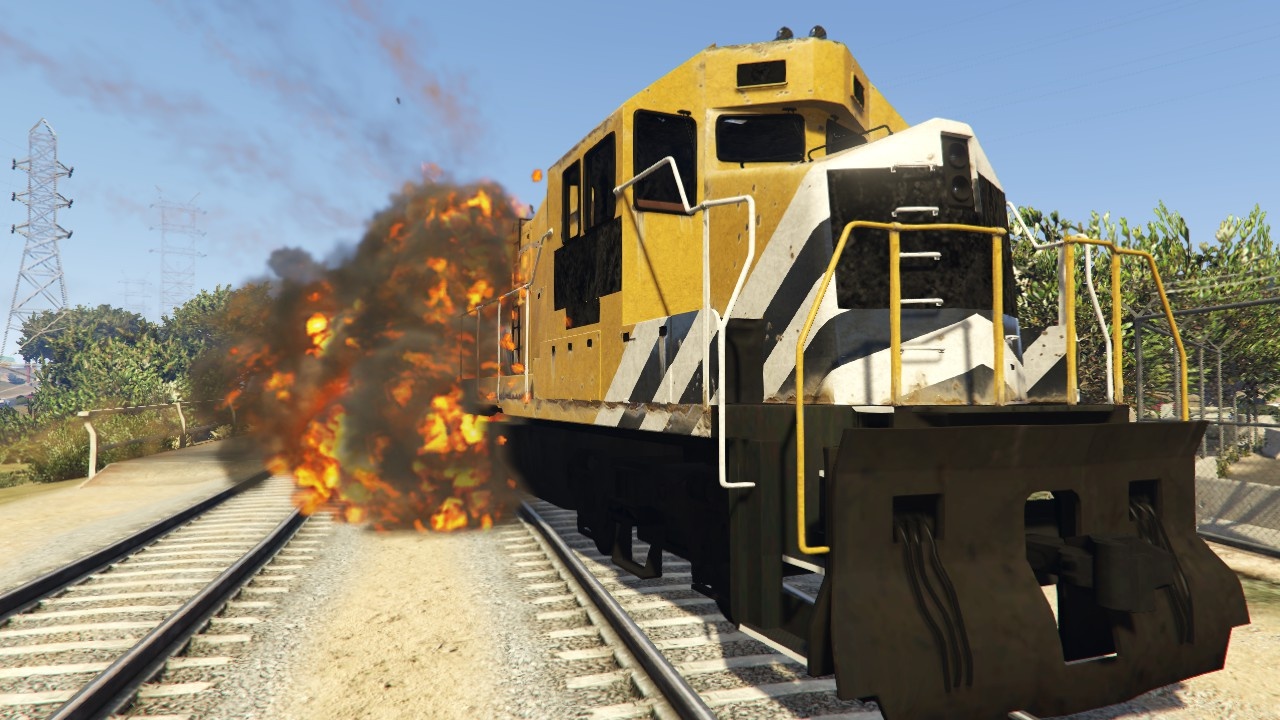 Update 1.1 – added a delay to vehicle scanning in an attempt to avoid a memory leak.

This script will enable trains to be destroyed like any other vehicle – they don’t derail, but it’s still pretty satisfying to see them explode.

They can’t be destroyed with bullets or melee damage (this can be edited in the script), and though they supposedly take collision damage, they will not be rendered as “destroyed” until hit with something explosive. I might change this sometime if I get the chance.

Installation is the same as with most other LUA scripts, refer to the included readme for more specific instructions.

This has not been extensively tested, so I’d expect some issues. I would probably avoid missions involving trains with this installed. If anything goes wrong, please let me know and I’ll see if I can do anything to fix it, but I can’t guarantee too much.

As far as mod compatibility goes, it works with most other train mods to some extend, the main thing to avoid is any mod that gives the trains more than two engines. Otherwise train extenders work just fine with a single engine. For a more in-depth explanation, check the readme.

Jansen
headscript for the original Train Driver script, which this takes a couple lines from.