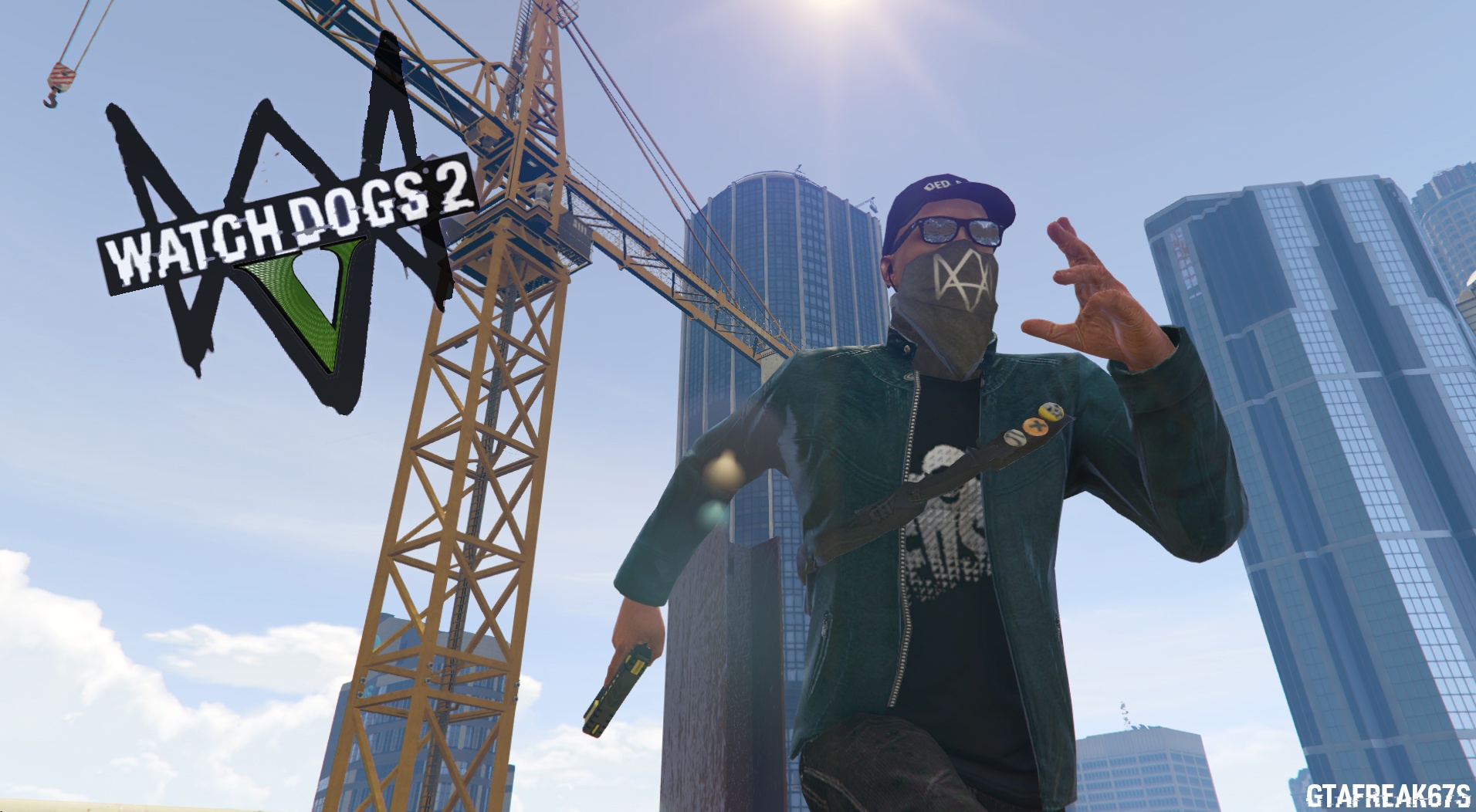 Hey What’s up you guys it’s Marcus Holloway from Watch Dogs 2 and it was just announced,the trailer and the gameplay features are great..and the new protagonist is better than the old one cause his outfits with mask,hat,long trench coat which is way more suspicious to look but its character design was great..but Marcus’s outfits are ordinary and doesn’t give that much suspicious look..
So I liked and i made it and I hope ya’all like it…

This mod comes with:
1.Marcus’s Default outfit and 1 added t shirt
2.Accessories like bag and mask

*NOW THIS MOD Doesn’t WORK WITH IMV SCRIPT*
*Iv’e replaced it with maskalwayson.cs script,cause many users had problem with iron man script*

Thanks To Proudnoob and f0rest for Mask Always on Script.

*INSTALLATION IS IN THE ARCHIVE ”