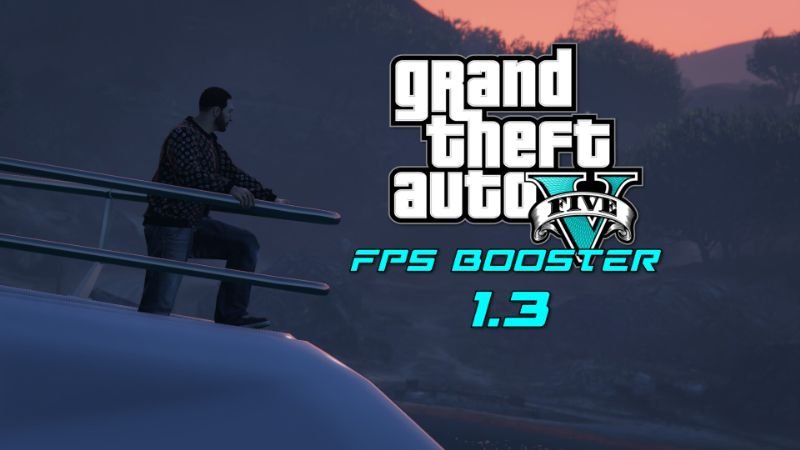 NOTE: The FPS booster was made to help players get more FPS out of their hardware. This can be useful on any computer.
This also comes with a settings.xml and documentation to help users get better frames on lower end computers and to better under stand how this works and how you can edit this to your needs.

Use in Grand Theft Auto Online:This tool does not modify the game at all so you can still play online.
This tool just stops unneeded services and programs and set the game’ s priority to a higher setting.Tested with:

Change log
1.4.1 – fixed a small bug with new batch scripts
__________
1.4.0 – Removed start_GTAV Launcher batch script.
Added a revamped retail launcher for the game directory.
redone STEAM launcher batch script.
Added recommended settings
__________
1.3.1 – Updated the Readme.pdf
Added two new settings.xml configurations for extremely low end computers.
Settings_blocky turns peds into SLOD form, alongside other graphical changes.
To find out more, check the readme in documentation\settings xml\super low end
__________
1.3 – Updated priority changer. Updated extra_scripts.
TXT files are now HTML to fix formatting. All txt files have been moved to documentation\old text files.
__________
1.2.2 -Made it easier to understand how to stop services and programs. Fixed the non-steam / retail version not being able to work when the game is installed to a directory that is not in C:\
__________
1.2.1 -fixed bugs with USER_STOP_SCRIPT and extra_scripts, thanks to R2Guy
fixed and add more option for all_launcher
__________
1.2 -added a new script to give the user the option the choice what services and programs to stop.
added a new launcher for custom game launchers
added more error Checks
added a few hided settings in extra_scripts
added the option to change the services and programs in the extra_scripts
fixed extra_scripts being unable detect UAC setting when it is turnd off
update readme and other info that was not updated in 1.1
__________
1.1 -Added saving answers. Added error checks alert the user of errors. Updated extra_scripts. Dropped Non_Steam_GTAVLauncher and START_GTAV_WITH OUT STOPING ANY THING (will not be updated further). Added a list of CPU speeds in documentation. Added an OS check to only show changed themes on Windows Vista and Windows 7. Added “restore theme” option Windows 7. Added an option to restart GTA V when you have exited the game.
__________
1.0–Fixed missing code that caused Windows Update to not restart.
Fixed overlapping I/O error from the STOP and RESTORE scripting by adding a 1 second wait time for each service being started/stopped.
Fixed GTA5.exe being set to high priority and not just above normal
Fixed RETAIL_LAUNCHER not being able to CD to your GTA V folder (you may still need to change it).
Cleaned up the read me.
Cleaned up the folder.
Updated the settings.xml.
Updated documentation.
Updated SPEED_BOOSTER.
Updated RETAIL_LAUNCHER.
Updated and cleaned the standalone Non-Steam_GTAVLauncher.
Updated Restore RESTORE_SCRIPT to not open a new window for each service and added /y so if it asked you if you wanted to start it, it will just do it.
Added more services and programs to stop.
Added windows 8/8.1 and 10 services and programs to the list.
For Windows Vista and Windows Seven, added a script to change the theme to Windows classic for more FPS but does not yet change it back yet.
Added script to display video card name, export msinfo and dxdiag, change power settings and more (this script can be found in the standalone_scripts folder).
Added OS check and architecture
check before running the script. Added a Q&A text file. Added check for permissions and
prompt to allow you to run as admin, thanks to BatchGotAdmin.
__________
0.9.3.4–Grammar fixes
__________
0.9.3.3
add a new script that can be put in the root of gta5 Retail/Non-Steam
if the main one does not work
__________
0.9.3.2–Added commandline.txt
__________
0.9.3.1
non-steam fix
__________
0.9.3–Added support for non-steam
__________
0.9.2–Added screenshots to the documentation folder of NVIDIA and ATI/AMD control panel
add some new stuff and moved the scripts to the script_files folder
added a new script to try to help users with low RAM
__________
0.9.1–Added a changelog, Fixed the pdf file and changed to timer from 60 to 120 to fix the slow Social Club start due to the process being set to low priority.
__________
0.9–Added the documentation folder
__________
0.8–Removed read-me.txt for PDF
__________
0.7–Added the /y to one of the services to stop
__________
0.6–Added the wait for gta5 to close be for starting restore script
__________
0.5–Added stop and restore scripts to the start script
__________
0.1 to 0.4–Started working on it and adding a lot to the script