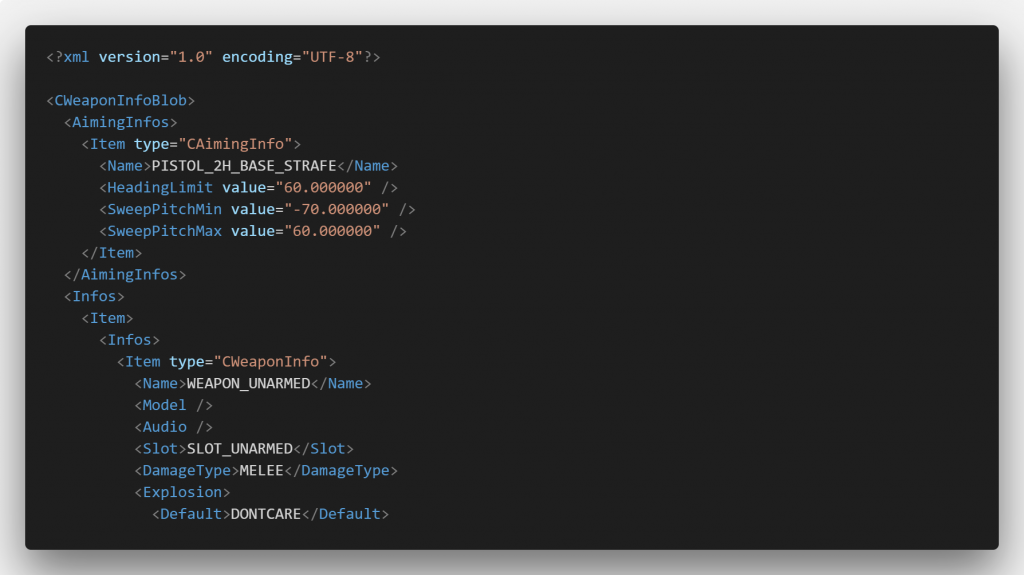 Reaching any these limits when installing weapon mods makes the game crash while loading. This ASI allows you to increase these limits to prevent those crashes.

Thanks to CitizenFX/FiveM for their weapon components limit patch.

Configuration
The ‘WeaponLimitsAdjuster.ini’ file allows you define the new limits. It has two settings:

Changelog:
2.1:
Now the ‘CWeaponComponentInfo’ pool size from gameconfig.xml is overwritten with the value defined in ‘WeaponLimitsAdjuster.ini’, so it is no longer necessary to modify gameconfig.xml.