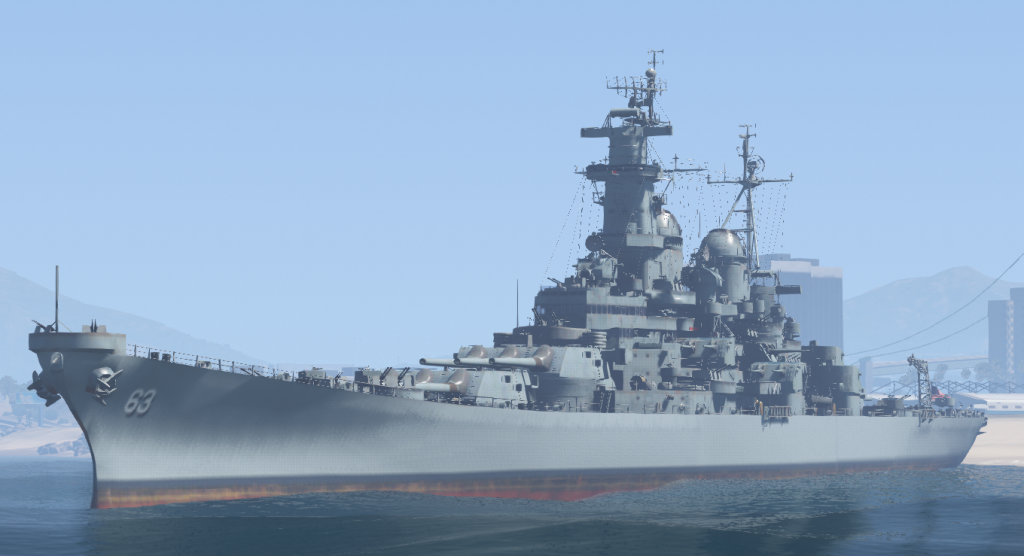 USS Missouri (BB-63) (“Mighty Mo” or “Big Mo”) is an Iowa-class battleship and was the third ship of the United States Navy to be named after the U.S. state of Missouri. Missouri was the last battleship commissioned by the United States and is best remembered as the site of the surrender of the Empire of Japan which ended World War II.