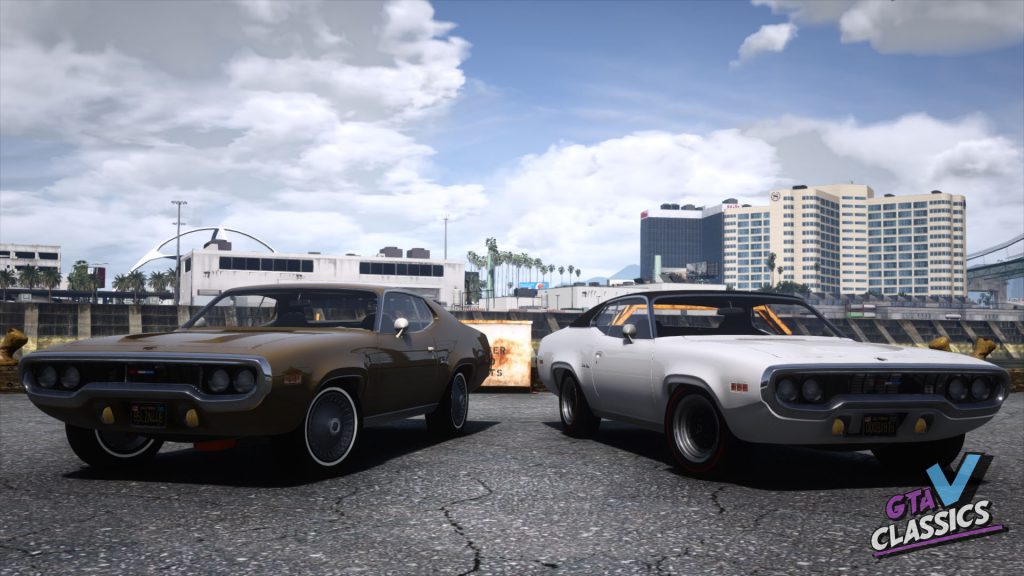 Original 3D model was made by Everhard and Arkviz, I tweaked it a little bit and made the LODS for it and few other parts.The 426 engine 3d model is from Forza Horizon 4
Special thanks to Wanted188 for the 340 Engine 3d model, and thanks to GreenAid for some textures.
Screenshots were taken by MaxMayhem and Karl Tanner

This mod contains the two variants of the Satellite one with the 340 engine and one with the 426 Hemi engine.

Features include:
– 2 Variants with 2 different engines and handlings
– All LODs working L0 L1 L2 L3
– Realistic-ish performance
– two tone interior which you can change the color of the dash and the seats separately
– Removable vinyl top which you can disable (its set as Extra2) and its also colorable
– All vanilla car features (you know what I’m talking about, Dials mirrors, driver siting position and etc…) fully working
– An other additional extra which is in the trunk
– Oh yea! dirt map also works

This car requires a game version newer than Casino update
Installation instructions are included in the Readme.txt inside the files
If you don’t like realistic handling you can just use the Vanilla handling file that I included in the files, just replace it with the one that is already in the dlc.rpf