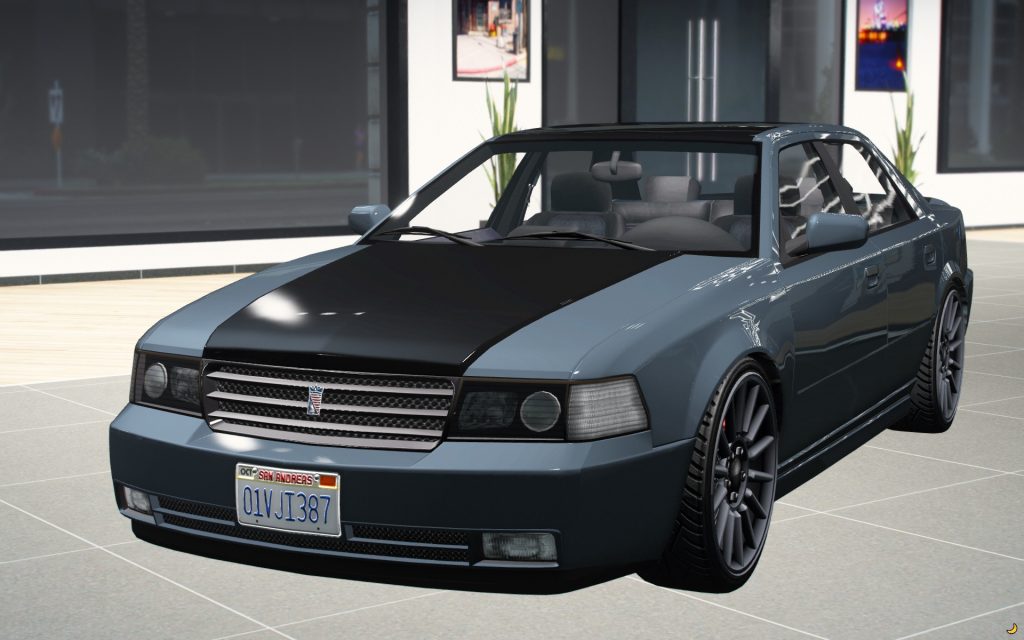 This car has been through everything ranging from desperate housewives and small-time crooks up to lawyers and rednecks.
No matter who the owner is or how bad the state of the car is,
nothing shows presence on american roads as much as the Albany figure on the hood of your new car.

This cars “lore” history just about fits the actual history:
originally started with me ripping it directly off of Max Payne 3 in early 2015 and converting it into GTA IV,
as a 1:1 conversion.

In early 2017 I decided to remaster it, iron out some bugs aswell as add small details like actual exhaust tips and actually fit it inside the universe lore,
so it was rebranded from “Max Payne 3 Iemanja LX” to “Albany Wildfire”: https://www.gtagaming.com/albany-wildfire-f33891.html

Now here you cannot take me for granted because I really don’t remember anymore, but the first picture I have of the car in FiveM was in early 2019,
so let’s say this was the date of the GTA V conversion. Up until mid-2019 I ironed out all the bugs, and besides missing LODs the car was practically ready for a release.
But then I did not bother with it anymore, mainly because I stopped playing FiveM for a while. Now, jumping from mid-2019 to early 2022,
my friend 13Stewartc told me to stop living in the past and proposed to teach me how to use Blender (I only used ZModeler2 and ZModeler3 before that)
After that I knew exactly what to do first. The car was completly remastered inside Blender, I made a completly new engine bay, new headlights,
changed something almost everywhere on the car, and added a couple of tuning options.

Why am I telling you this? Just for the fact that if 13Stewartc wouldn’t have invested a couple hours of his life teaching me how to use Blender,
you would probably never have gotten this car. So alot of the credit goes to him.
Also the fact that this car mesh is still the original I ripped back in 2015, I only ripped this once and used the same mesh since, well, almost 7 years.

I included a version with optional realistic handling, if you find this style of handling way better than the original GTA V arcade style, then;
– We share the same opinion
– Me and a friend are putting together a FiveM roleplay lore-friendly server with no economy (vMenu based), with all cars (vanilla + Add-On) behaving like this.
– If you are interested in driving the Primo LX in FiveM with this handling or any other car for that matter, contact me on Discord: Algonquin Hood#7541 so I can keep you posted, as we are still not online.
– Anybody is welcome! Only requirement is knowledge on how to roleplay.

Algonquin Hood for ripping, converting, editing the model
13Stewartc for teaching me how to use Blender
ScouseMouse for feedback and criticism
Rockstar Games for making the “Iemanja Sedan” for Max Payne 3