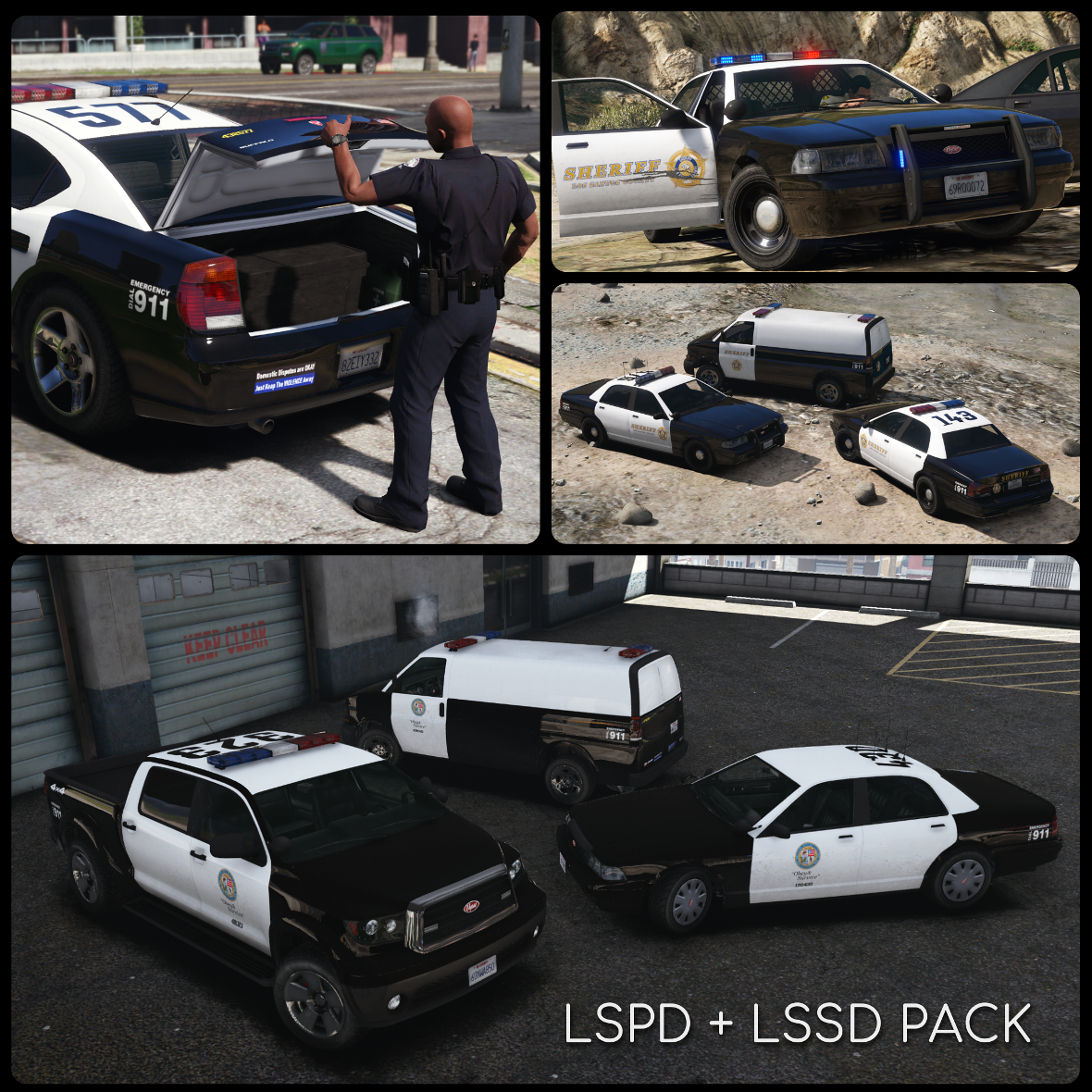 A little pack featuring a couple of LSPD and LSSD vehicles in my own style, all of them made using the newest improved base models and equipment by the community and me.
Months have been put into the development of this pack to make sure all vehicles appear polished and are up to my quality standards.
The featured vehicles take inspiration from their real life counterparts without straying too far away from, or even ignoring or dumping Rockstar Games carefully crafted lore.

This pack was made with LSPDFR usage in mind and has been tested extensively with it right from the beginning,
it was made sure that all vehicles have their role in the mod and enhance the gameplay, you can also find equipment added for extra LSPDFR immersion such as the “Trackify Stolen Vehicle Tracking System”, which is a randomly spawning extra on all patrol cars,
it’s creation was inspired by the stolen vehicle tracking callout from the plugin “Simple Callouts” by Bejoljo.
Additionally all street patrol cars feature trunk equipment, so you don’t have to look at a big pile of nothing while having the trunk opened.
The Sheriff Stanier additionally features a speed radar system
(you are going to need it in Los Santos County, trust me)