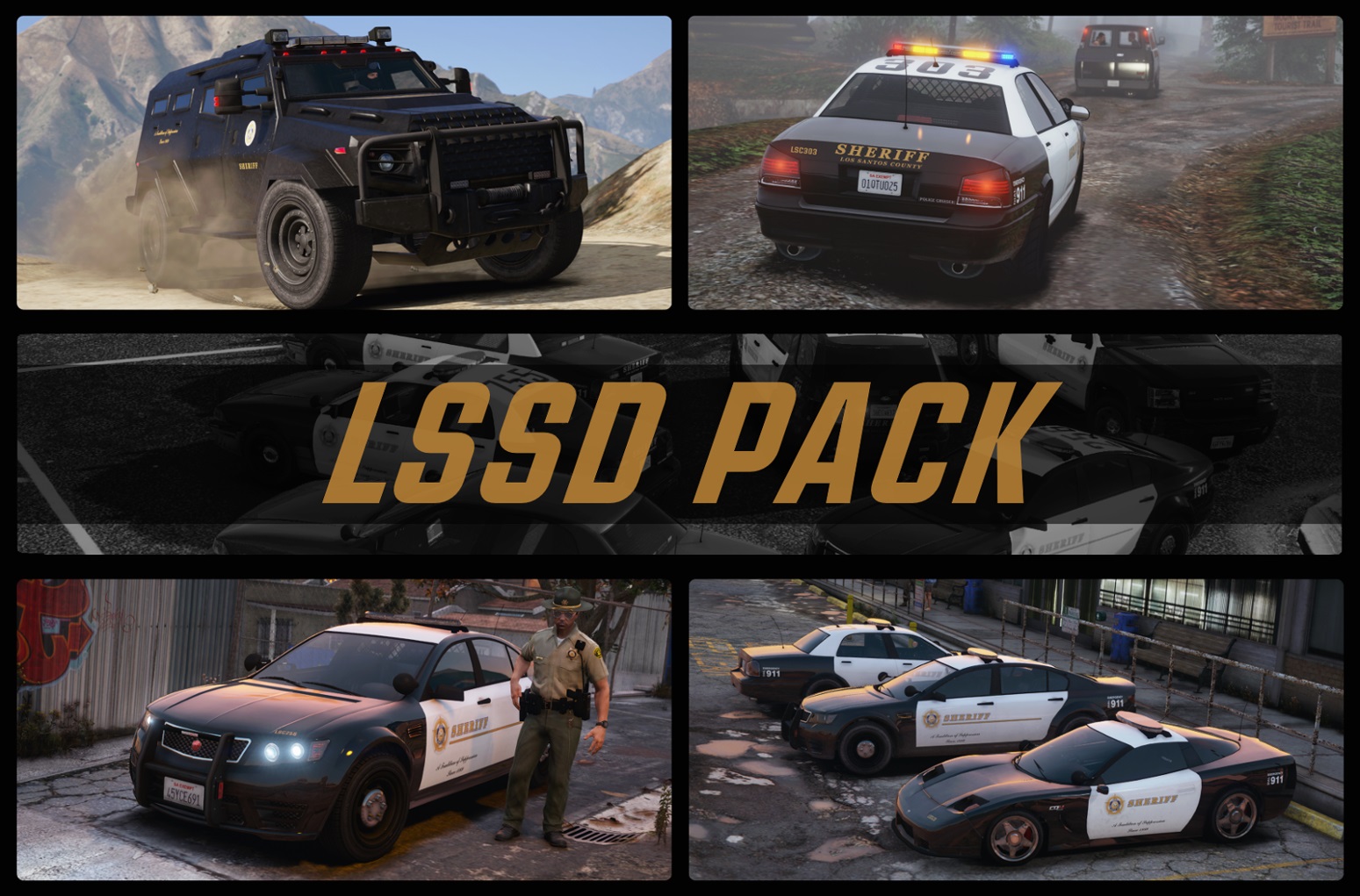 A dedicated pack for the Los Santos County Sheriff’s Department that features vehicles and a new jacket for use with EUP.

This pack was made with LSPDFR usage in mind and has been tested extensively with it right from the beginning
It was made sure that all vehicles have their role in the mod and enhance the gameplay, you can also find equipment added for extra LSPDFR immersion such as a speed radar on all patrol vehicles.
Additionally all patrol cars feature trunk equipment, so you don’t have to look at a big pile of nothing while having the trunk opened.

A dedicated pack for the Los Santos Police Department featuring various highly detailed and polished models, with the aim of a realistic look while still respecting the game lore and not straying too far from it.

A config for those interested in using the vehicles for LSPDFR is included.

Changelog:
3.0
– New Alamo Retro
– New unmarked Landstalker XL
– New K9 Sadler
– New Everon
– New Scout equipped with a vanilla style version of the Valor lightbar
– New unique extra variations for the unmarked Stanier and many other cars
– Open/closed spotlight variations for selected vehicles
– Better trunk equipment
– Updated antenna setups
– New base model for all Staniers
– Both Buffalo S based models have been replaced with the older gen Buffalo
– Updated vanilla style Arjent models for most vehicles
– Updated liveries
– Updated sirensettings
– New light setup for the Riot
– Removal of the unmarked Merit
– Removal of the Contender
– Various edits and changes on models to make them a bit closer to their vanilla GTA counterparts
– Countless other asset updates, improvements and bug fixes

1.0b
– fixed a spelling mistake in one of the files that might have caused issues

And a big shoutout to all beta testers who helped making sure this pack is bug free.