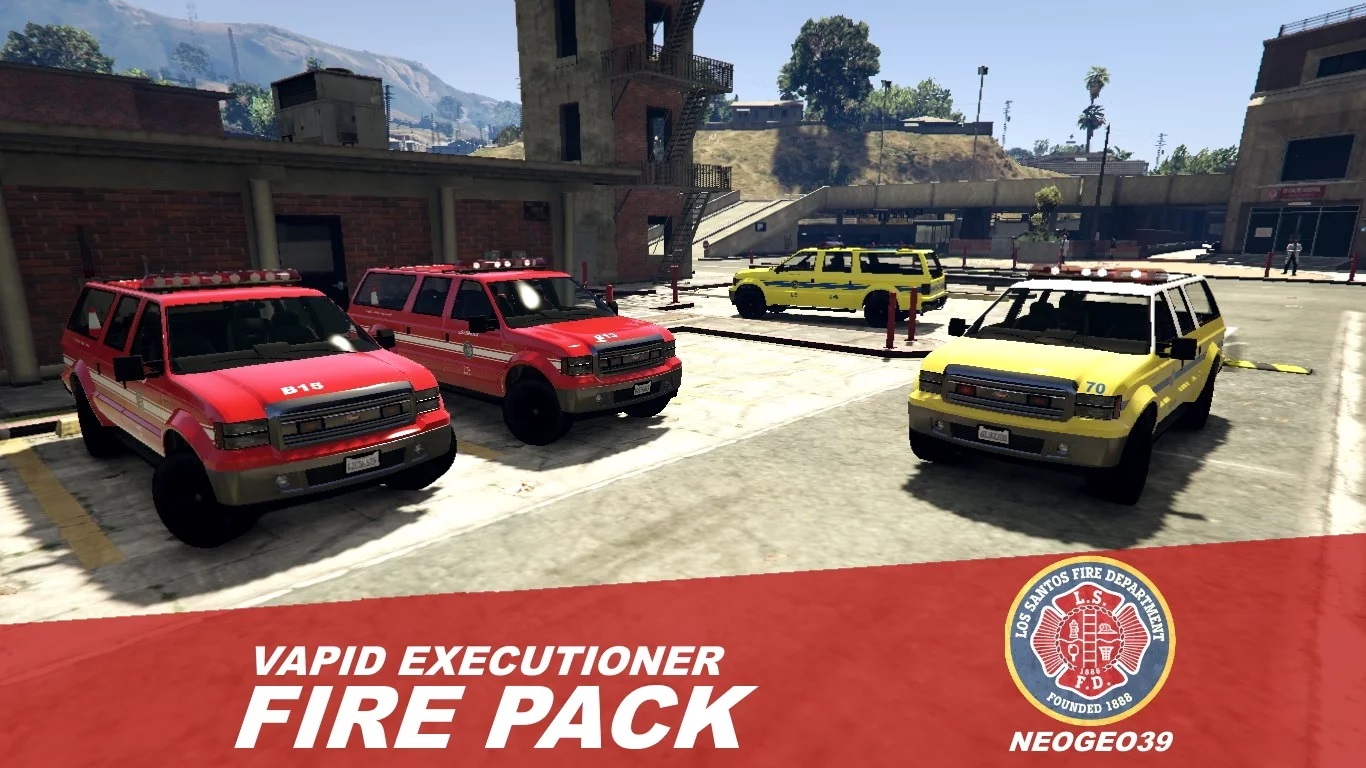 Last time I brought you the Police Pack of the Vapid Executioner and now I bring you something else: The firefighter version of the Executioner. Another lore-friendly fire department car with some classic style.

This is a Vapid Executioner pack with various fire liveries to expand the car pool of the fire departments around San Andreas. The Vapid Executioner is a lore friendly version of the 2000 Ford Excursion, taking some features from the already existing Vapid Sadler. The pack includes 3 versions of the Executioner in the form of the LSFD, the LSIAFD and the BCFD as lore-friendly as possible taking inspiration also from their real counterparts and design.

For this mod I had to modify Carrythxd’s Civilian Executioner to fit a firefighter version. If there’s any problem I’d like you to report it and I’ll fix it in the future

INSTALLATION
-Drag the mod folder into your dlcpacks folder and add “fireexecutioner” into your dlclist.xml using OPENIV