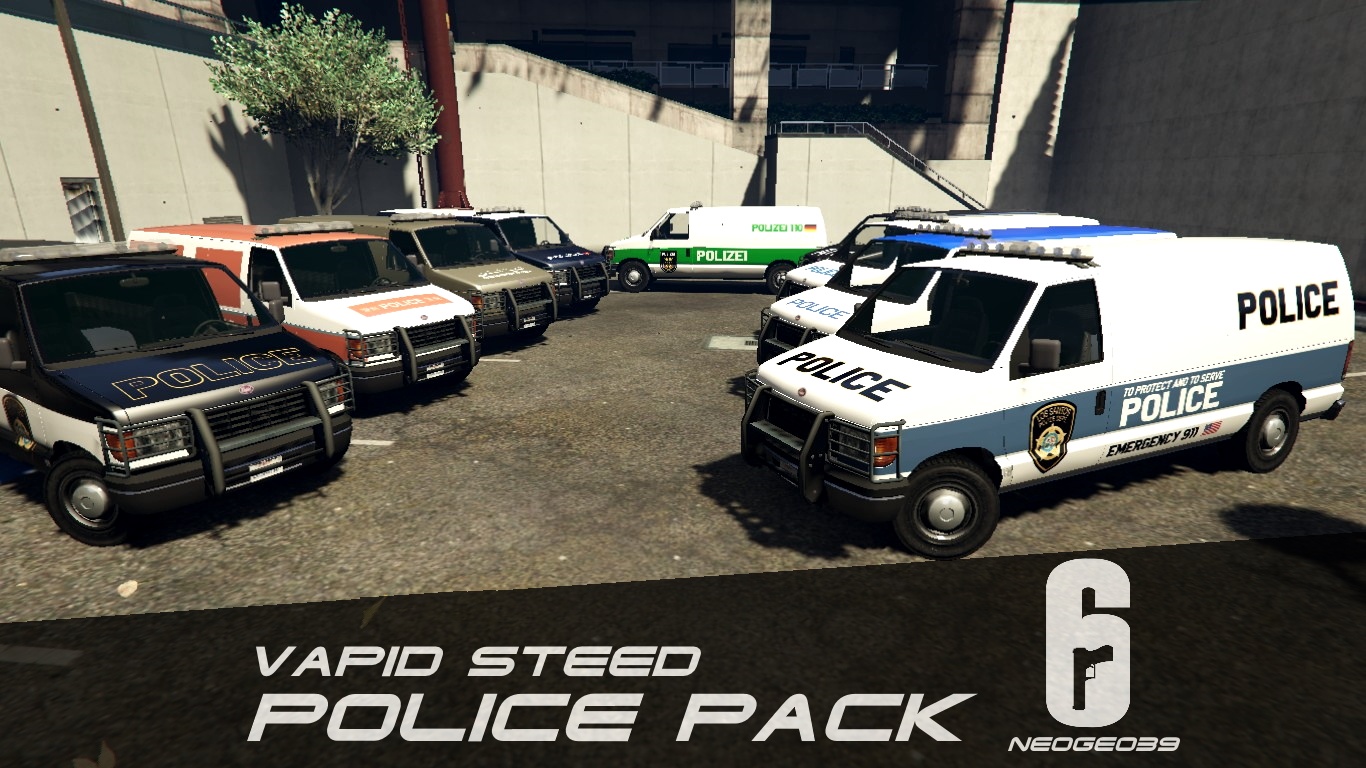 It was a matter of time before I got into one of the last vehicles to cover in the R6 universe: the vans. The vans that are rarely present in some maps and (as the case with Kafe) have been removed. I chose the Vapid Steed cause it was the one closest to the vans in game

This is a Rainbow Six Siege police themed pack with the Vapid Steed 1500. Model itself needed police equipment which I had to add since the stock model comes from a civilian version. The pack features 2 types of designs for the vans: some of them are present in the game and others are simply created by myself inspired on the police cars design in order to feel the pack more complete (see content list below). The siren lights are all set to default red and blue due to an issue with custom carlcols.meta, I’ll try to fix it in the future

INSTALLATION
-Copy the extracted folder into your dlcpacks folder and add “R6Steed” in your dlclist.xml using OPENIV