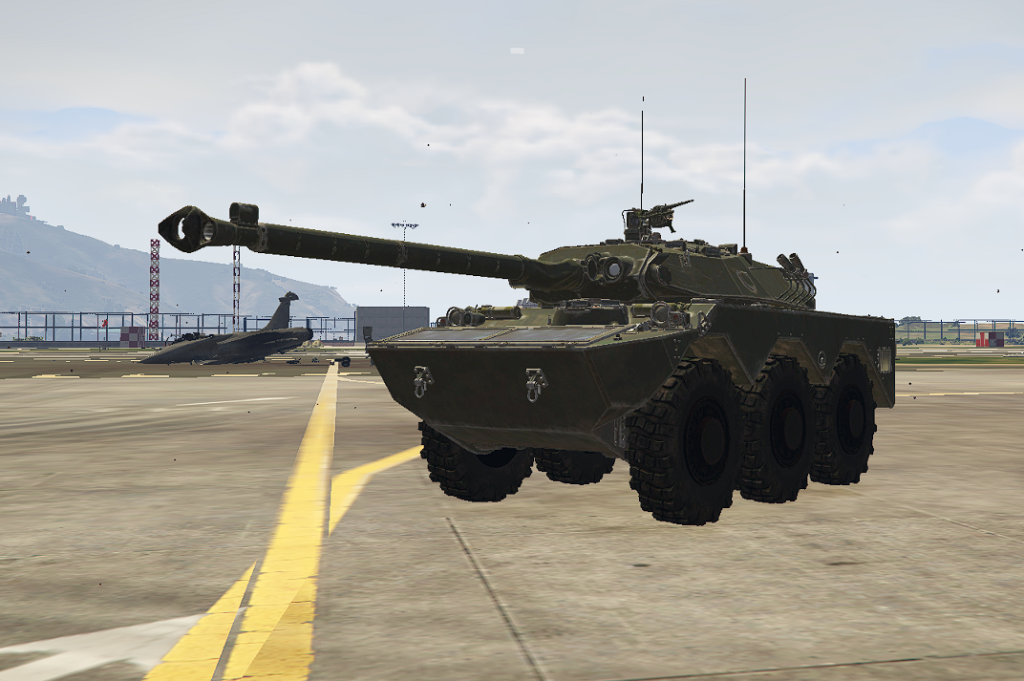 Here is an AMX10RC as used by the French armed forces (Army).

This mod is based on a model from the war thunder game. Thanks gamemodels3d.com for the template .

The AMX-10 RC is a wheeled and gunned (RC meaning “Wheels-Gun” and not “Reconnaissance” as it is sometimes called which is still its official name) 3 armored reconnaissance vehicle (to recognize and retaliate in case of attack). Designed during the 1970s by the AMX and APX to replace the Panhard EBR in light cavalry regiments, it is now, in turn, replaced by its successor, the EBRC Jaguar (Jaguar available on the discord).

Changelog:
V1.0
This vehicle has an explosive cannon and a light machine gun (equivalent to the khanjali of gta5). But they are Custom Weapons
Before using it, make sure to use the CWeaponInfoBlob limit adjuster by alexguirre to prevent the game from crashing while loading.

2. Make a folder named “amx10rc” , in update/x64/dlcpacks
drag and drop inside the dlc.rpf from the file you downloaded.