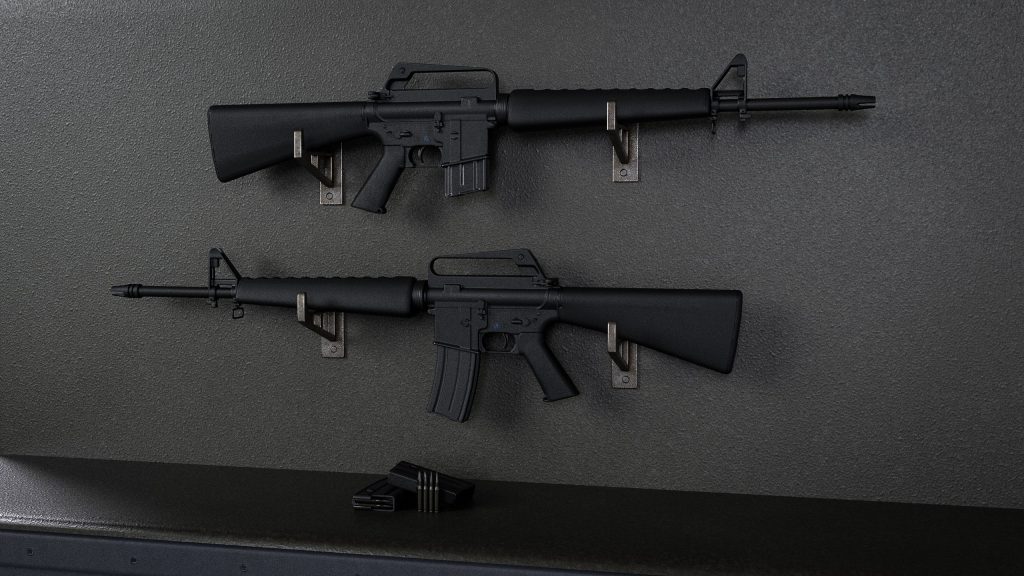 The U.S. Army XM16E1 was essentially the same weapon as the M16 with the addition of a forward assist and corresponding notches in the bolt carrier. The M16A1 was the finalized production model in 1967 and was produced until 1982.

To address issues raised by the XM16E1’s testing cycle, a closed, birdcage symmetric flash suppressor with open side slots to the top, bottom, left and right replaced the XM16E1’s three-pronged flash suppressor which caught on twigs and leaves from 1967 onwards. Various other changes were made after numerous problems in the field. Cleaning kits were developed and issued while barrels with chrome-plated chambers and later fully lined bores were introduced. A small storage compartment inside the stock was introduced. The buttstock storage compartment is often used for storing a basic cleaning kit.