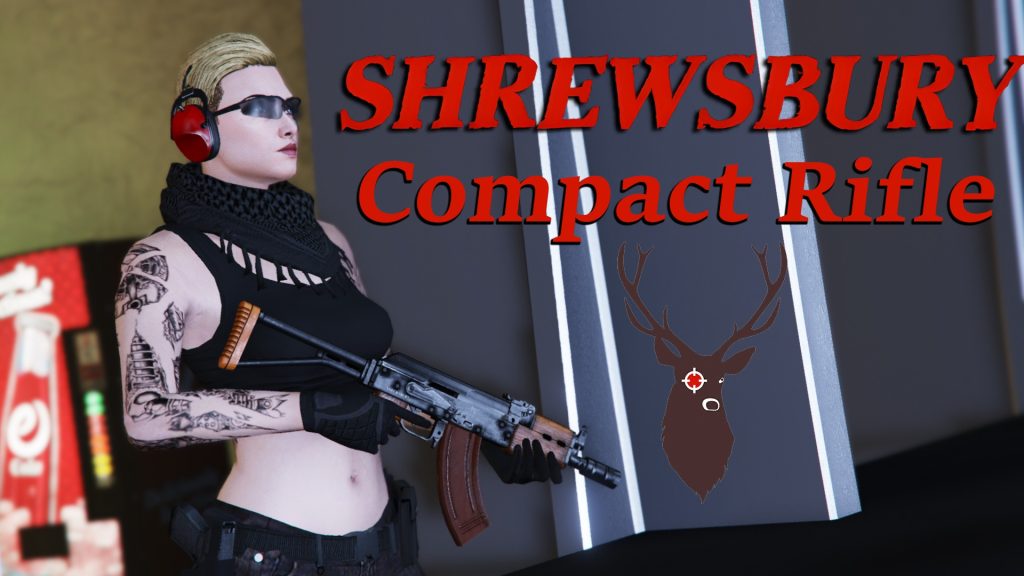 “Chambered in 7.62, this compact piece can be concealed in places not even Border Security wants to look. Same firepower, more recoil, nothing rattles boys faster than a bike drive-by while one-handing the Shrewsbury Compact Rifle. Available now at Ammu-Nation. Part of Lowriders: Custom Classics”

I removed the picatinny rail on top because it’s useless, the weapon doesn’t have any attachments, I was gonna stop there but I saw HeySlickThatsMe’s Not-so-Compact Rifle and gave me an idea to add the skeleton stock which I yoinked from the Heavy Shotgun, that’s why I included the textures in the .ytd texture dictionary, a bit amateurish I know but on the bright side it fully supports tints. Replaces the Compact Rifle.

installation for replacement: (mods)\update\x64\dlcpacks\mplowrider2\dlc.rpf\x64\models\cdimages\weapons.rpf\
optional magazines replace the orange ones with the Assault Rifle’s, figured it’d make sense since both are supposedly chambered in 7.62 mm.
backups also included in case you forgot to backup them