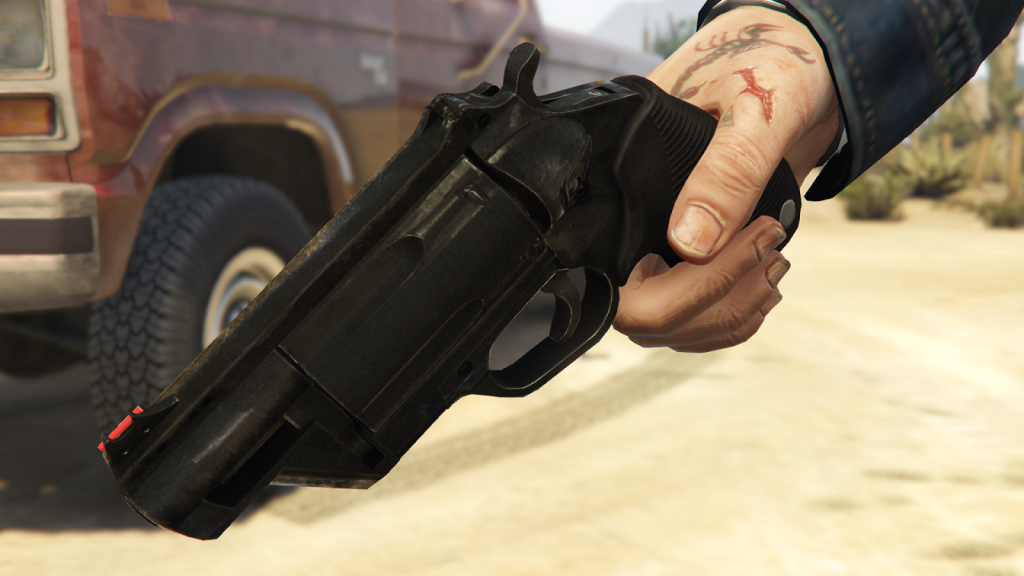 Version 1.5 includes two optional textures which replace the “goon” and “boss” versions of the gun. The chrome-ish texture is by Liberty-gamer1247 and the black one is a reshade of 420×420’s original stainless texture by me.

.410 may not measure up to 12 gauge in means of power but it packs more than enough punch for a handgun and the weapons extremely short barrel gives it the range and spread pattern characteristics of a sawed off shotgun with the convenience, speed and pointability of a revolver.

Model is from the game Battlefield Hardline. Credits for the mod idea, conversion to GTAV and texture work go to 420×420

Installation instructions included in the readme