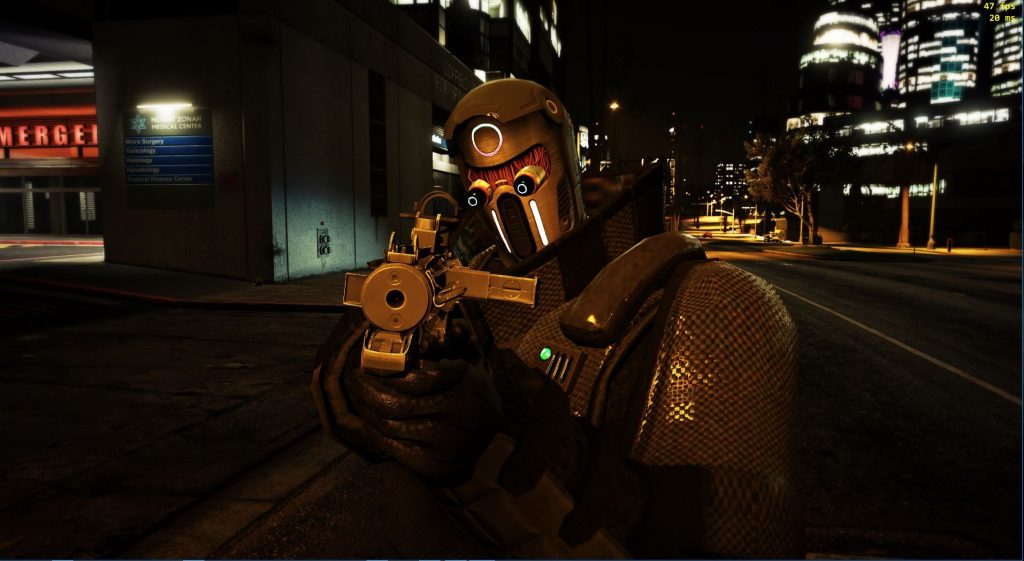 A blaster,[1] also called a gun,[2] was any type of ranged weapon that fired bolts of intense plasma energy, often mistaken as lasers. Operating under the same principles as laser weaponry, blasters converted energy-rich gas to a glowing particle beam that could melt through targets.[1] They came in a variety of sizes and shapes, including blaster pistols, blaster rifles, and Reconfigurable blasters.[3] Blaster artillery could also be mounted on droids[4] and vehicles.[5] They could deliver variable levels of damage intensity, from stun to kill settings. They also could hit with great frictional or even explosive force, allowing a bolt to kill on impact even if the target is armored. Some blaster hits could cause bleeding instead of burning, or could do both, with the explosive force causing other damage around the wound. Despite their blazing concussive blasts, those ranged energized particle weapons could be countered by magnetic seals and deflector shields.[3] The blade of a lightsaber could also deflect incoming blaster bolts.[3] In the Security Forces of Naboo, some blasters were equipped with ascension guns.[6] Some blasters could fire low-powered training bolts characterized by their orange color.[7]