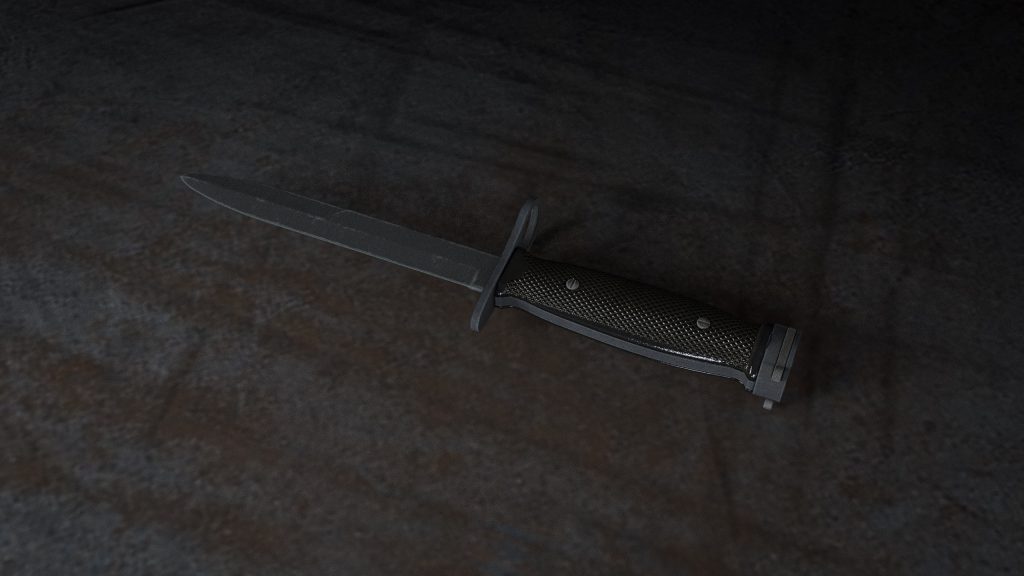 The M7 bayonet is a bayonet that was used by the U.S. military for the M16 rifle, it can also be used with the M4 carbine as well as many other assault rifles, carbines and combat shotguns. It can be used as a fighting knife and utility tool. It was introduced in 1964 when the M16 rifle entered service during the Vietnam War.

Please note:
No issues aside from minor clipping.

For Antique Cavalry Dagger or the Bottle place the weapon files in
mods\update\x64\dlcpacks\patchday8ng\dlc.rpf\x64\models\cdimages\weapons.rpf
Then place prop_w_me_bottle or prop_w_me_dagger in
mods\x64c.rpf\levels\gta5\props\lev_des\v_minigame.rpf

The prop files are for the gun store.

Equinox407
Full credit goes to Katka for the original mod on steam. I simply ported this mod to GTA V. This model is from Insurgency Sandstorm, I take no credit for creating the model or textures.
Blood textures from a L4D2 mod called Blood Overhaul