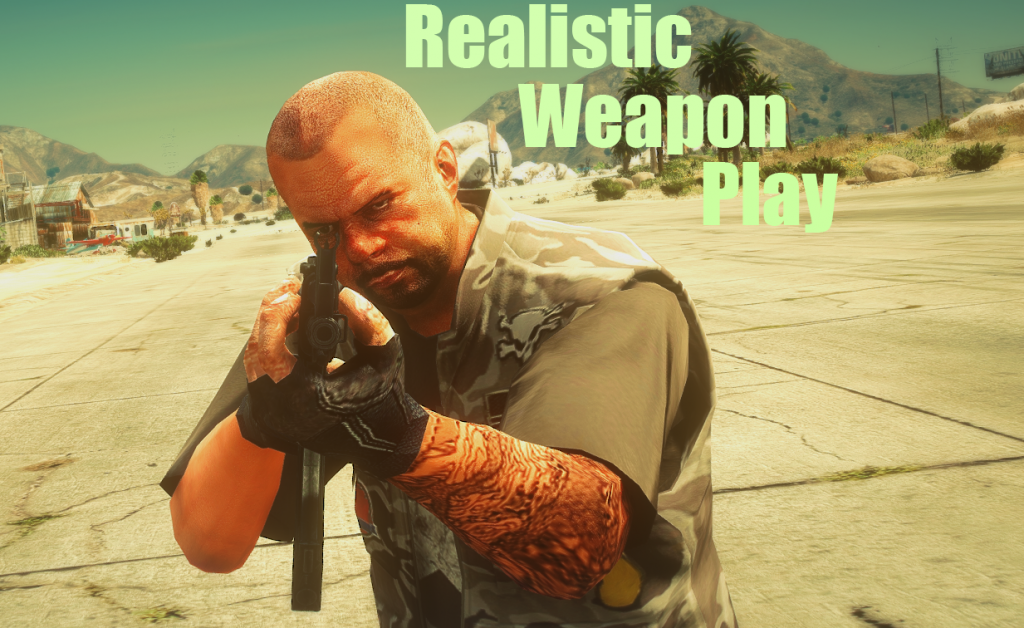 This mod was previously called Improved Weapon Physics and Ballistics, but that name was too long so I changed it. R.W.P. will completely change how weapons feel, and behave. Expect your gun fights to be more challenging, immersive, and rewarding. All feedback is welcomed and appreciated, just don’t be rude.

Important
Do not install this mod with OpenIV in edit mode! It will most likely corrupt your files. If you need immediate help or would like to report bugs make sure to join my discord as I respond the fastest there. The discord is also where I host polls, stream update/new mod progress, and release exclusive mods.

Installation Information
An .oiv package installer has been provided. Always install into your mods folder.

Known Bugs
Pistols will shoot really fast in cars. Just don’t hold down RMB and it won’t happen. This can not be fixed because if I do, it will break the functionality of pistols outside of cars.