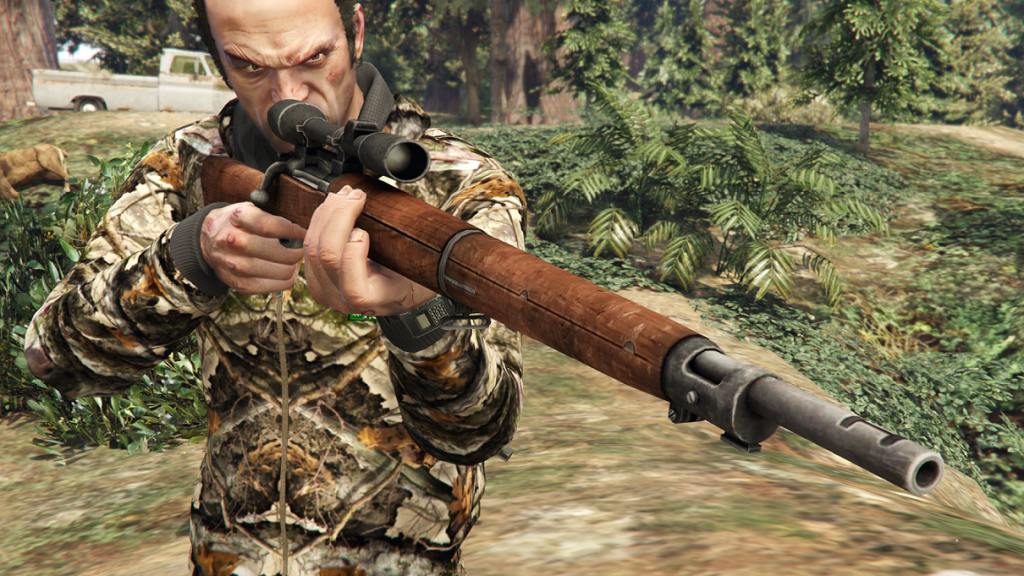 Version 1.5 resizes and repositions the gun a bit and gives you a choice of two textures, one with a darker colored stock.

For those who prefer to hunt with a classic looking wood and steel scoped rifle.
Model comes from the game Hour Of Victory.

I know I’m a noob but don’t give me any shit about the right hand not fitting the stock properly 🙂 I’m not the first person to upload a rifle with a conventional stock and we all know that GtaV has no animation for this type of rifle stock. Despite this I always see some Moe Ron comment with half a star saying that the hand doesn’t fit when someone uploads a gun like this.
So the right hand doesn’t fit MMMkay, yall got that in there?

The Springfield model 1903 sniper rifle saw extensive use in the U.S. military in world wars one and two and saw continued service through the Korean and Vietnam wars before eventually being replaced by a more modern rifle. When the U.S. government stopped using the model 1903 a majority of them were sold as surplus and many went to the civilian market where they were purchased by citizens looking for an affordable hunting/home defense weapon and obviously the rifles historical significance promotes a collectors market as well.

Installation instructions are included in the readme.