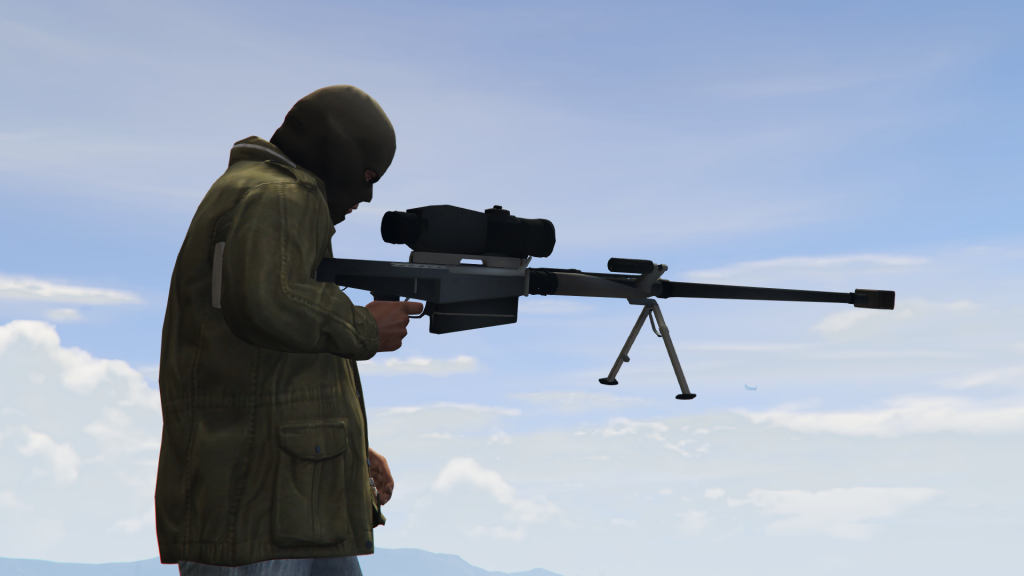 This mod includes two non animated high caliber anti material/anti tank rifles, The Russian OSV 96 and the German Tank Gewehr. I’ve included .meta files for each gun that provide vehicle stopping, ped tossing damage levels. The realism of projectile knock down power is debatable so I didn’t increase the force too much however you should be able to stop cars with one well placed shot on the engine and two shots will stop an armored truck, likewise it takes two shots to explode most aircraft. The police riot, army tank and other armored vehicles may take 5 or 6 rounds to the grille/engine before stopping.

The Tank Gewehr is a German WW1 anti tank rifle that is almost amusing, its literally just a scaled up version of the rifle that the German army was using at the time. They basically took a good gun they already knew how to make and made it big enough to shoot the tanks of the time. The model does not look totally accurate and is just here for the novelty of being a huge bolt action rifle. It’s actually just a scaled up K98 Mauser with an AK pistol grip and a few minor texture changes. The Tank Gewehr replaces the musket.

The OSV 96 is a high caliber semi automatic precision rifle that is often mislabeled and occasionally misused (lol) as a sniper rifle when it is in fact an anti material rifle. Although you can shoot people with it that was not the guns intended purpose. The OSV 96 was actually designed to be an anti material rifle which means that its intended targets were not people but rather various pieces of enemy equipment including but not limited to radio installations, pressurized liquid/gas storage containers, light armored vehicles, stationary and slow moving aircraft and much more. Model is from from the game killing floor with texture work by both me and 420×420. The OSV 96 replaces the heavy sniper.

Installation instructions are included in the readme.