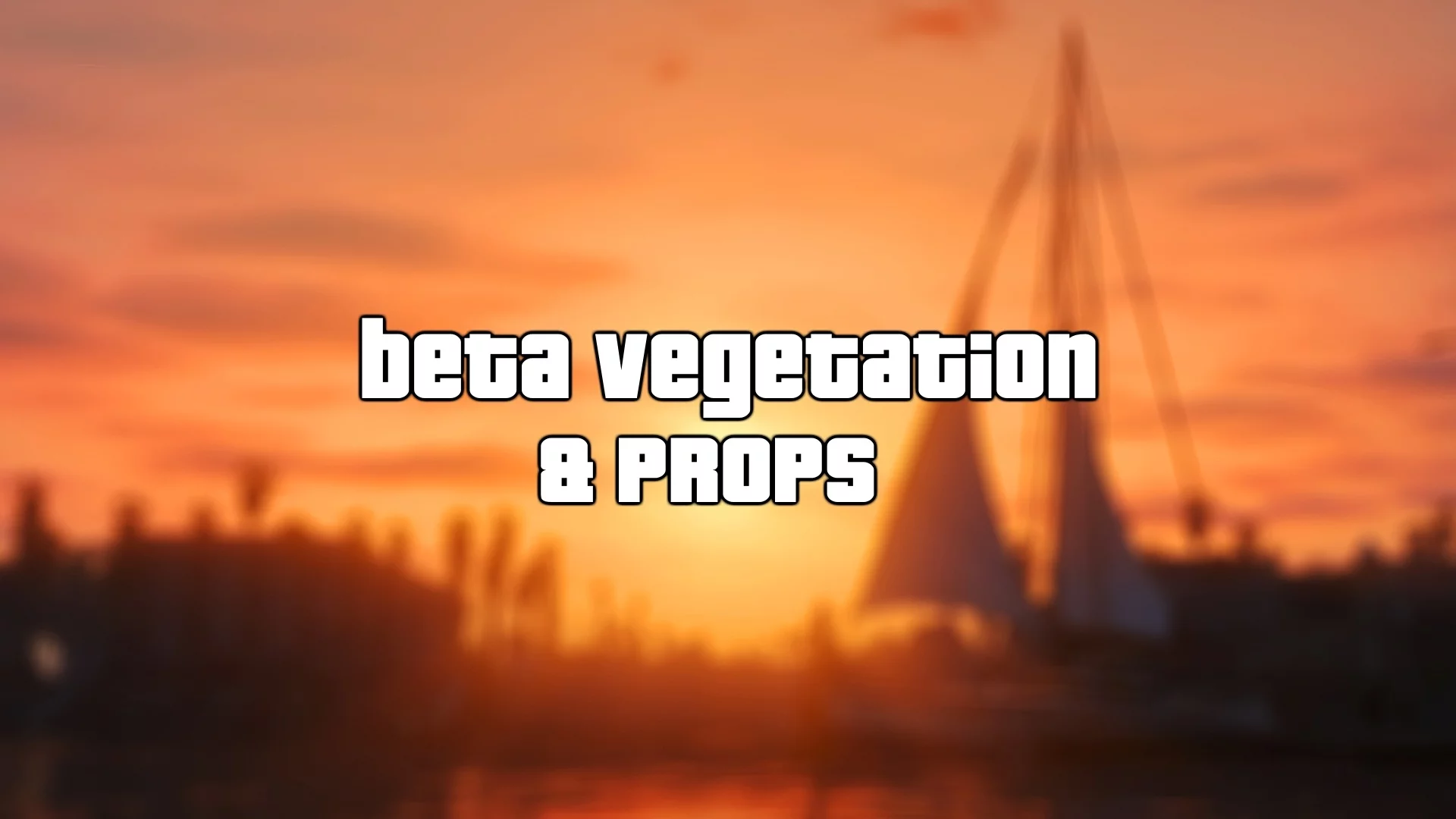 Information
First of all, sorry for the somewhat/totally misleading name (i couldn’t come up with a better one 😛 ).
With this mod i tried to restore, with as much attention to details as possible, all the vegetation and props that were removed. Also, a few car generators and scenarios are included.
Everything is based on the old gen version promotional material (screens, trailers), game files (textures, tv shows/commercials), development/portfolios screens and some other misc stuff (RGSC checklist pictures/thumbnails).

Special Thanks
All the people that contributed to the GTA V Beta Hunt topic on GTAForums for all the findings.
dexyfex for Codewalker.
The OpenIV Team for OpenIV and openFormats.
3Doomer for GIMS Evo.
Neos7 for the GTA V Map Helper.

Changelog:
v9.3
Removed the street light in front of the Franklin’s aunt house as it caused an issue during the mission “Hood Safari”. Thanks to dimas5695 for reporting the issue.

v9.2
Remade the LOD lights with the newest version of CodeWalker. The script (BVPLodLights) is no longer required.
Updated the dlc pack and the compatibility script.

v9.1
Fixed one broken LOD at Cassidy Creek, one at Strawberry and one at Hawick.

v9.0
Fixed the numChildren in the map data files.
Updated the dlc pack and the LOD lights script.
Note: still no fix for the GROUP_MAP.

v8.9
Rearranged some SLODs inside the archive.
Updated the dlc pack.

v8.5
Updated the compatibility with Forests of Chiliad and San Andreas by adding a new setting in the ini (“Forests Maps”) to unload IPLs that have little to no clipping at all.
Updated the compatibility with GTA V Remastered by adding a new setting in the ini (“GTA V Remastered Mirror Park”) to unload the BVP Mirror Park IPL.
Switched back to the old settings, so now every installed map needs to be manually defined.
Fixed a cedar tree LOD at North Chumash.
Updated the dlc pack, script and ini.