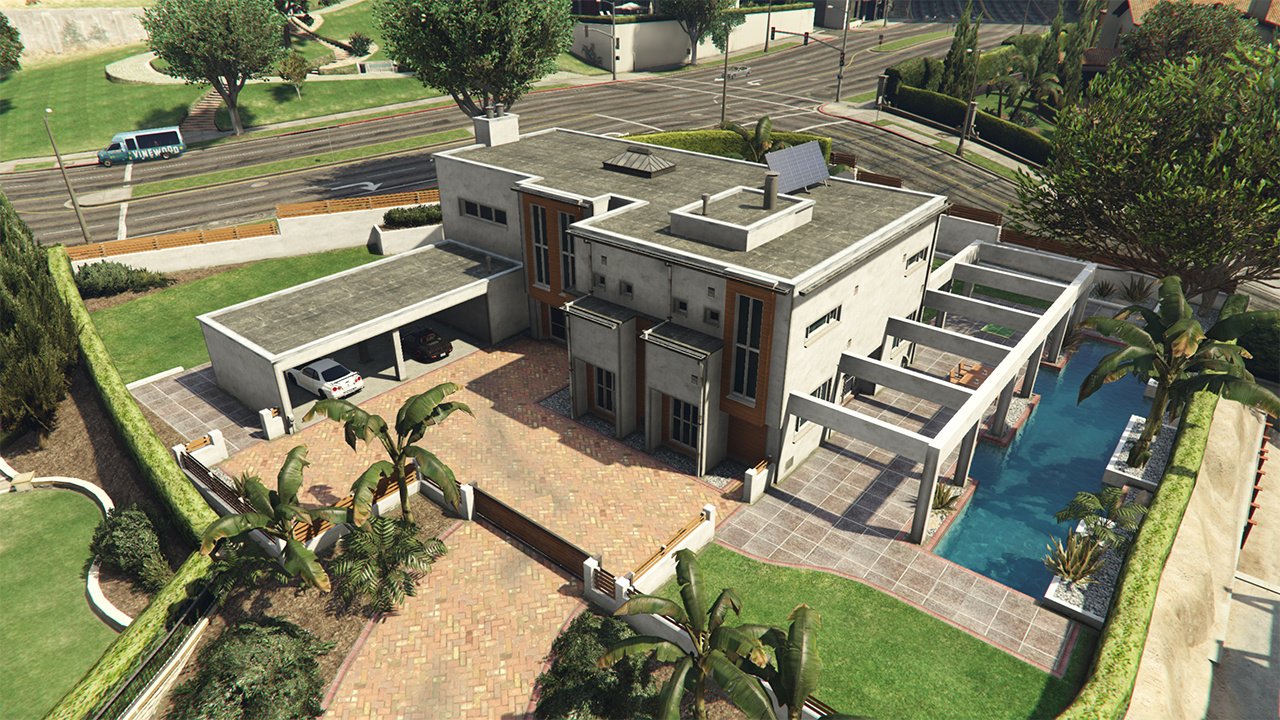 This mod takes an existing house from next to Michael’s home and turns it into full mansion, great to go to when you’re playing as someone other than Michael Franklin or Trevor it has same flags as a safehouse would.

Installation
drag and drop mods folder from the archive into the game’s root directory
and then modify dlclist.xml to load the dlc, more information at readme.txt

NOTE: This is my first MLO so don’t expect everything to be top notch perfect.

Changelog:
1.01 – Added back modified building lodlights that i forgot to add in 1.0 it covered the doors at night
1.02 – Fixed issue with dlc.rpf loading models wrong, which resulted in no interior or collision, let me know if it got fixed now
1.03
Added more furniture
Added railings to stairs
Added curtains to some windows
Fixed majority of bugs
Removed .ymap files that altered game data from the dlc and set .OIV to install them instead
1.04
Removed second rear enterance
Added bathroom
Added one more small room, i call it laundry room but it’s not 100 complete yet
Added wallpapers
Fixed collisions on floor lamps and plants
Added more plants
Added more furniture to the bedroom
Added more furniture to the livingroom
Attempted to close more holes that appeared between window frames
definitely made harder to detect them
adding line to dlclist.xml is no longer necessary, figured how to get .oiv to add it instead
1.05
Fixed disappearing sofa
Fixed dark items at bathroom
Removed some texture flicker