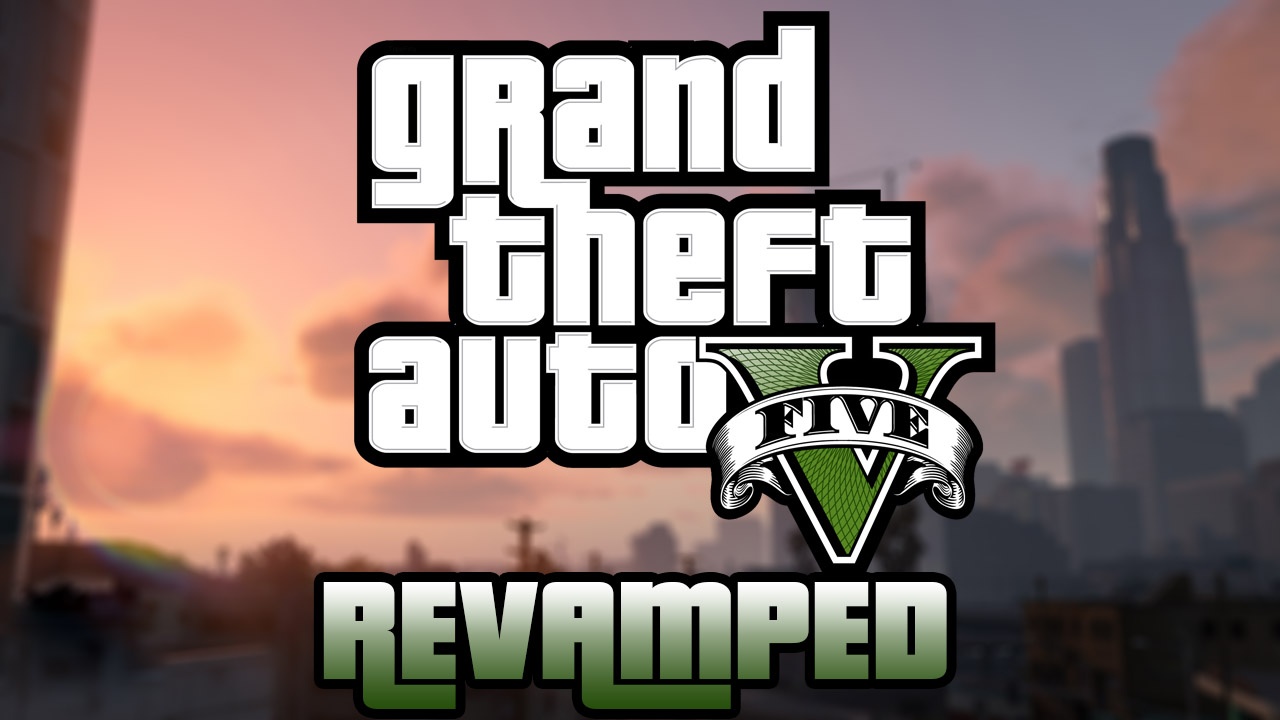 Grand Theft Auto V: Revamped is a mod designed for singleplayer to enhance the atmosphere and environment around GTA V while also making it more modern, and fixing minor issues that are included in the base game.

This mod will be a comprehensive mod that will adjust prop placement, add props, adjust path and pathing issues with vehicles and AI, add traffic signs, and add and increase scenarios around the game world. The plan is to start in Los Santos and gradually work north towards Paleto Bay, releasing parts at a time for a feedback and large-scale playability. This makes it issue to fix bugs that may not have been found by me, as I’m the sole person working on this project.

What does this mod do exactly?

The mod is a project of mine that will work in three phases.
The first phase will be modifying props that are set to “low” priority by default. To elaborate on this, by default Rockstar has set some props to “low”, causing them to never spawn in game. Most of the props are to add to the atmosphere, and to provide clutter, and some do actually bring new things to the game world (fountains, etc.). Alongside this first phase of modifying in game props, I’ve been adding props around the game world to make it more equivalent to the real-world counterpart. With GTA V on PC, the only limitations seem to be what your setup can handle, and I’ve been experimenting with adding new props while making sure frames don’t suffer (added fps overlay to screenshots). To put this into perspective, I play on an i7-6700k at stock, with a 1070 and 16GB ram and most of the screens are downscaled from 4K.

The second phase seeks to modify and improve on the paths system in GTA V. By default, GTA V has a pretty robust pathing system, but there still hiccups around the game world. Intersections without traffic signals even though the intersection is set as a junction, missing crosswalk signals, etc. The second phase will look to improve on a lot of these and make it more “chaotic” in a sense that instead of having one flow of traffic going at a time, you will have two of the four flows of traffic going (↑↓ traffic flow instead of only ↑ and then ↓).

The last phase deals with scenarios in the game world. A lot of actions seen by AI are done via scenarios. Whether it’s a car pulling into a gas station, or a helicopter flying across the sky, these are all controlled by scenarios. The goal is to have various scenarios that are in the game by default but aren’t enabled for some reason play, as well as adding scenarios like constructions workers during the day in the Mirror Park subdivision under construction.

How is this being done?

All the work is being done thanks to Codewalker, created by Dexyfex. You can find it here.

Does this mod work with any other mod?

The mod is mainly a metadata edit of the base game files. There were also some props added to the mod, including some trees in areas like Strawberry, Davis, and various traffic signals. Unfortunately, I do know the mod will conflict with some mods that add trees and other props to the game world, I just can’t say in what way.

It is still in the very early stages, and has a lot of work to do. Feedback is welcome

Can I use your mod for FiveM or my mod?
– Anyone can use any file from my mod as long as they credit me. The paths.rpf should be compatible wtih anyones game but that is only in theory.

Port:
– Added dock handler spawns
– Changed priority_low settings of lights on container ships to priority_high
– Lod housekeeping (changing loads to -1 had no affect on frames and allowed props to be seen from further distances
– Added Tug to Port of Los Santos Station.

Vespucci Beach
– Added bikes to the boardwalk. This can be done through “vb_34_day” which is a .ymap that specifically spawns during the day. There are several other ymaps like this that spawn at certain times that can be edited.
– Added construction sign to construction site in Vespucci.

Vinewood/Sunset/Richman Glen
– Lots of lod housekeeping. The strip now looks more populated at all times.
– Added trees to Hawick
– Added scenery to US 1 leaving Vinewood.
– Added LSDWP vans to power plant along US 1