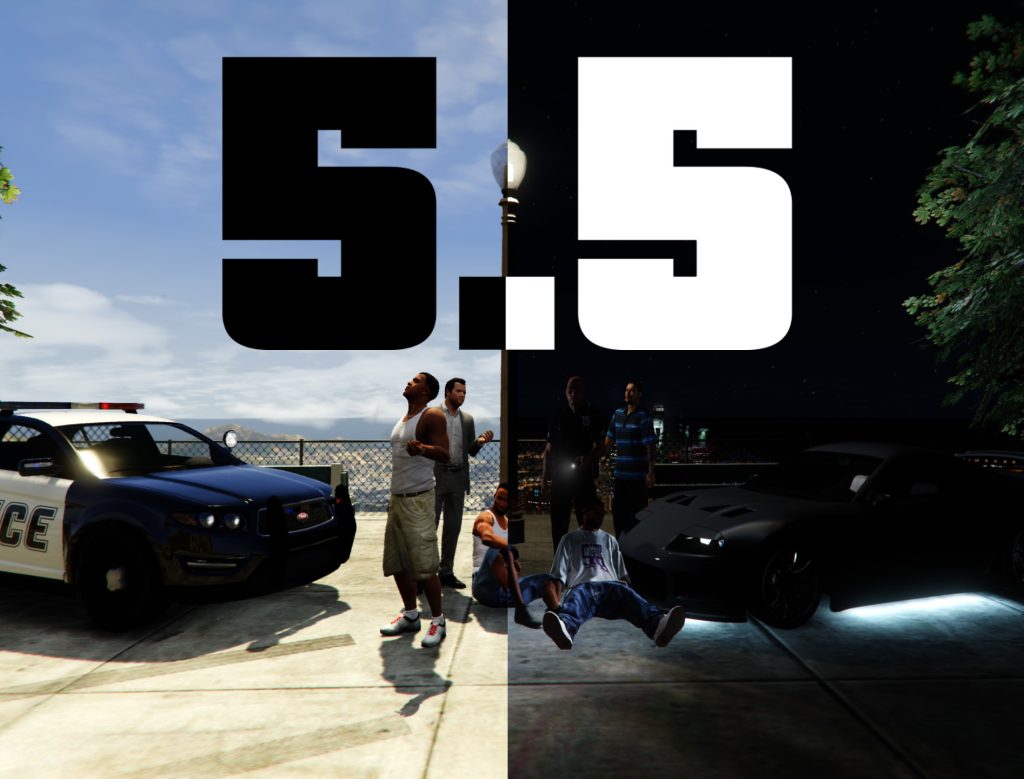 The successor to Natural Realism mods, GTA 5.5 is the sum total of all of my modding work to make the game more realistic, more fun and less buggy/crap. For me, this standalone overhaul brings GTA 5 halfway to being the GTA 6 that I want to see, so I hope you enjoy my idea of Grand Theft Auto 5.5

Please note: this mod does not effect timescale or speed up time – I did that in the video to demonstrate the timecycles

Police
‣ Patrolling the streets in a variety of vehicles, mostly in tourist spots during the day and gang zones at night
‣ Realistic dispatch system that takes time to send units from around the city – no more teleporting police
‣ Chance to not even see police when low level wanted
‣ Evade wanted state by fleeing and then hiding
‣ Police carry a wider variety of weapons
‣ Forces are more diverse, with a range of police types from officers to detectives to SWAT to special agents
‣ Tactics improved – more likely to perform PIT manoeuvres and less likely to be easily outrun

Installation
‣ Use OpenIV to open the archives as shown in this folder and place the files in the corresponding locations within your GTA V directory.
‣ Files located within update/update.rpf inside this zip should be placed inside Grand Theft Auto V/update/update.rpf

‣ Recommended to use “mods folder” function provided by OpenIV.asi
‣ You can/should also create a copy of update.rpf before adding these files, so you can easily replace the backup if you don’t like it

Known issues
‣ Headlight light cast travels through some objects, most noticeably bridges
‣ People will occasionally dive out of vehicles
‣ This won’t be the best police overhaul, but should be compatible with any others, just install them after this

Compatibility
‣ No known incompatibilities, please report any in comments