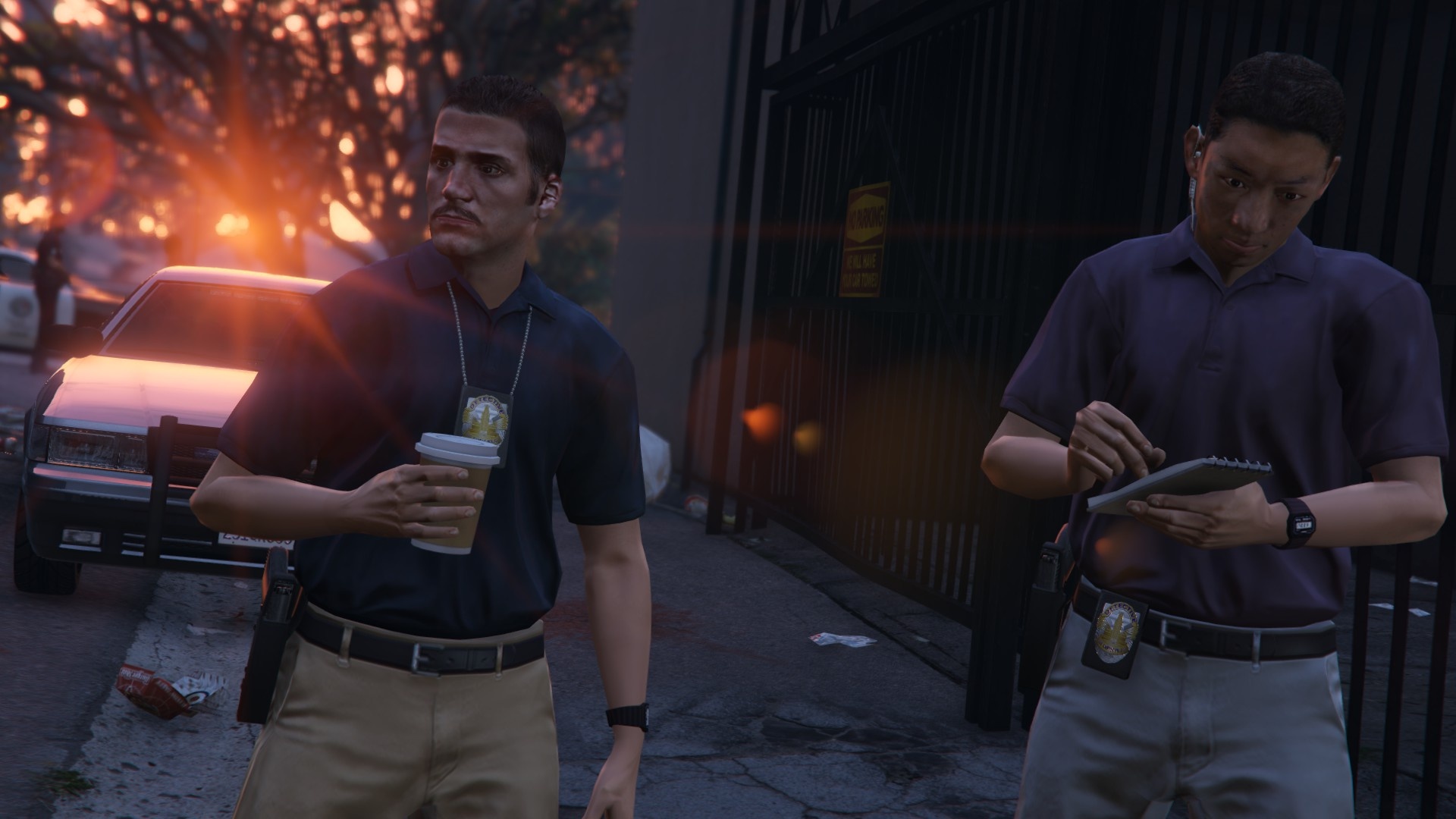 With the help of diamond-optic, we’ve now (hopefully) sorted out an issue with the detectives crashing player’s game every once in a while.

Instead of replacing something, this mod provides you with a new, added pedestrian that’s designed look like your everyday detective in the city of Los Santos.

From secretive stakeouts to tire screeching high speed chases, these boys are determined to catch you or any other bad guy just like every other cop on the beat.

This mod is developed in conjunction with Custo’s Sixth Star mod. As you’re installing the detectives, you’ll be presented with a choice between using either files that are set up to work with it or just the base game version with the added peds included as some of the responding officers.

I’ve also integrated it with my Cops: Back on the Beat mod so you’ll see the occasional unmarked cruiser in the city, if you wish to install that part of the mod.

Of course, neither of those two mods are necessary but it’s the only way to see them in the game, aside from spawning them yourself.

Link to The Sixth Star

– With Cops: Back on the Beat, adjusted detective spawns to the same amount as city cops with recent update (from 05 to 02).