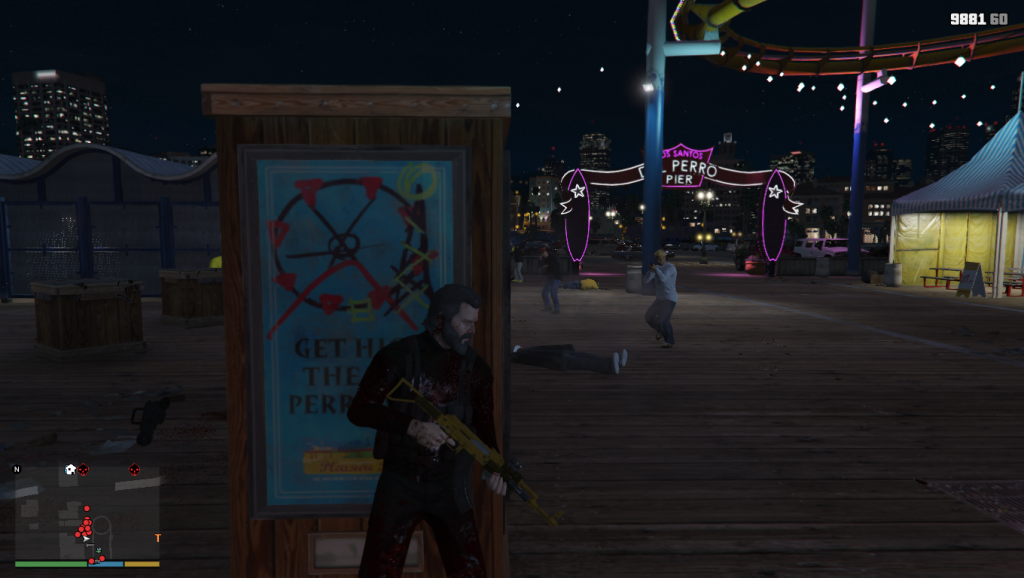 As the name indicates, this mod aims to simulate the survival minigame from GTA Online in Singleplayer. Each wave the enemy’s aim gets better and their armor is increased, increasing the difficulty. By default, survivals end after 10 waves, but they can also be started in infinite waves mode.

In the first 2 waves, enemies will only spawn on foot at the different spawn points. From wave 3 enemies will also spawn in vehicles, and from wave 5 enemies will use helicopters too.

Around the survival area, there are armor, health, and weapon pickups to aid the player. Pickups are regenerated after each wave.

If the player goes too far away from the survival area, the survival will be automatically canceled after 15 seconds, the player will receive a warning indicating how much time is left before this happens.

Installation
Copy or move GTAOnlineSurvivalMod.dll and SurvivalMissionsConfig.ini to your scripts folder

How to start a survival
Survival starting points are marked in the map with a red skull, you just navigate there and press the assigned keys to start the survival

These can be modified in the ini file

Known issues
None so far

Recommendations
Using godmode defies the whole purpose of playing a survival game, it ruins it, so, DON’T USE GODMODE