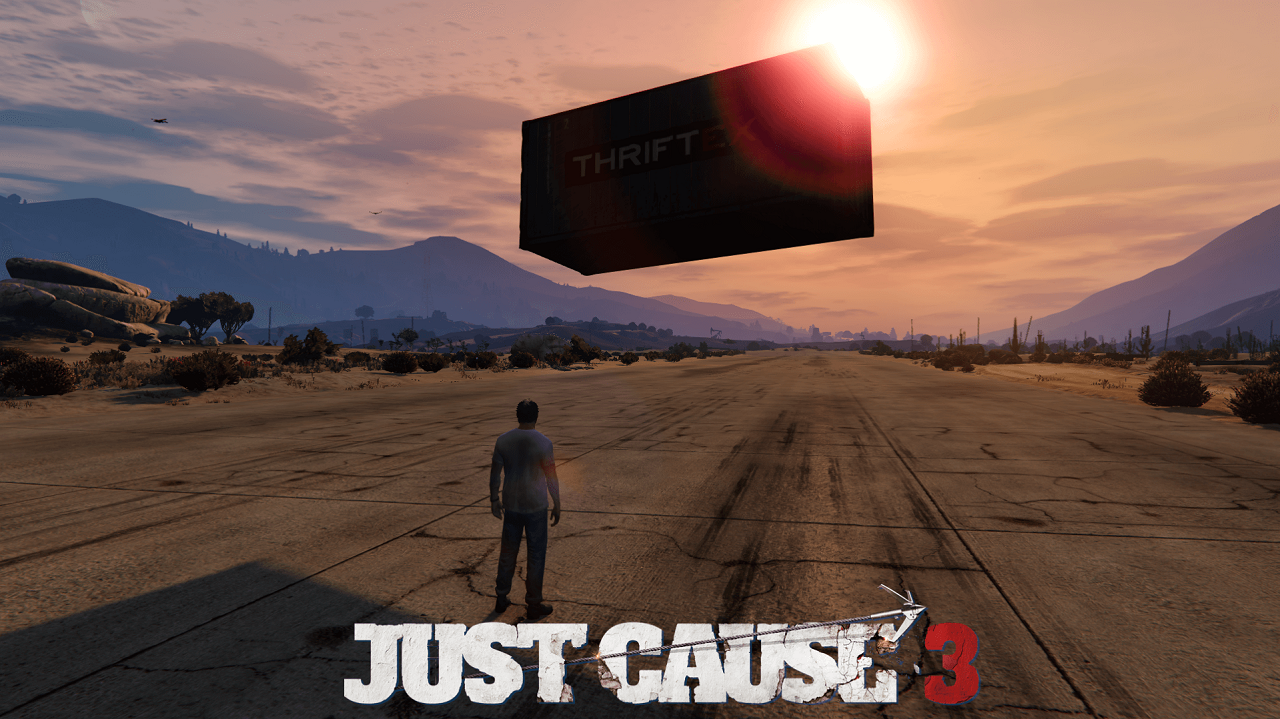 Get the source code on GitHub.

About
This mod adds a system similar to Just Cause 3’s for calling in vehicles to your location. This is of course the Rebel Drop system which functions very simply. All you do is just select a vehicle in a menu and get it dropped in a shipping crate which is too small for most vehicles but that’s the magic of games. And it’s accurate to how it is in Just Cause so it’s not changing.

Installation
1. Ensure you have ScriptHookV .NET and NativeUI installed properly with all their dependencies
2. Open the provided .rar file
3. Put its contents in your scripts folder
4. Run your game, you should be able to press the L key to open the menu. This key is configurable in the config file for the mod in the JustCauseRebelDrops folder

2.0b
– Fixed minor issues with the json generator

2.1a
– Cleaned up the code for the mod
– Made the menu not open after calling in a rebel drop. This is mostly to make the mod work with the rockstar editor

2.2a (Made by Jitnaught)
– Crate doesn’t open until completely stopped
– Particle effects occur when the crate opens
– Reducing delay between the vehicle spawning and the crate opening

3.0
– Completely rewrote the mod from scratch
– Redid the UI
– Changed custom vehicles system so you can now have as many vehicles as you want (just create more and more json files in the CustomVehicles folder)
– Probably fixed some bugs from the old versions

Known bugs
– Vehicle sometimes doesn’t spawn after crate disappears —- (UPDATE) I have not experienced this bug in the rewritten version of the mod. May be fixed

Starman0620
Eddlm – Helping me with the plane AI
Jitnaught – Adding particles, making the crate not open until it is completely stopped, and reducing the delay between crate opening and the vehicle spawning