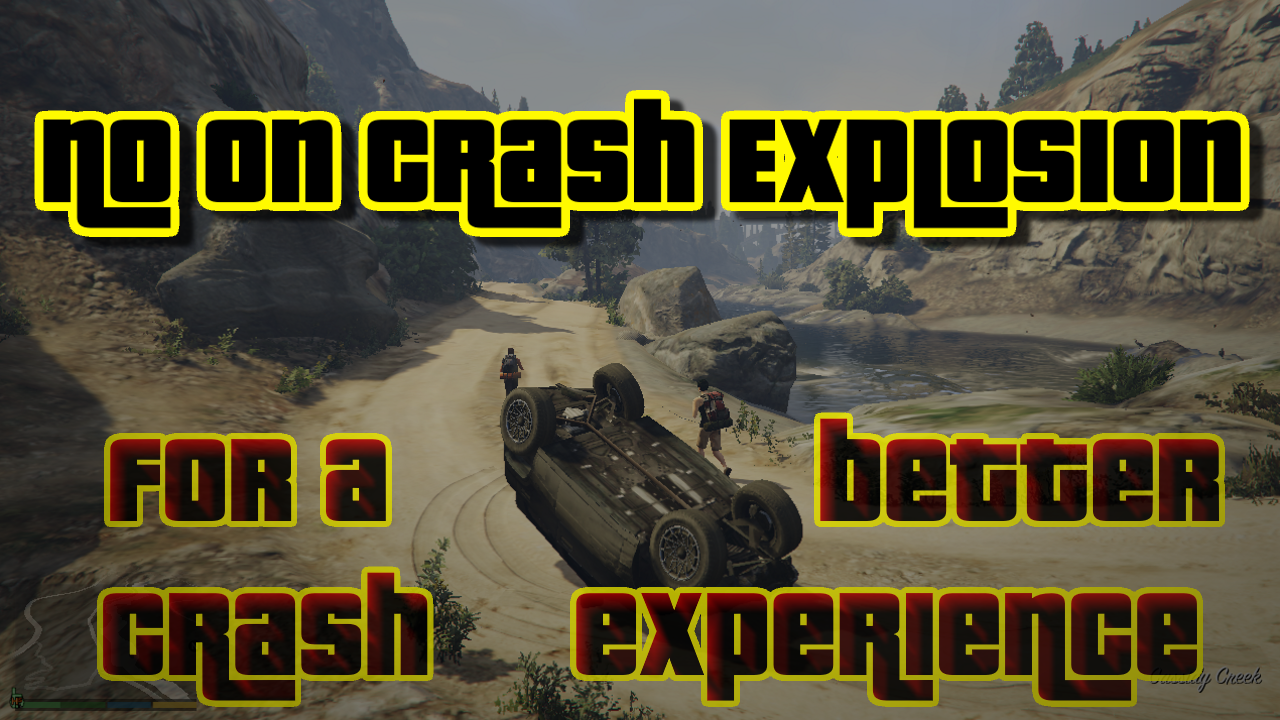 This mod needs Rage Plugin Hook or ScriptHookV and ScriptHookVDotNET!
READ BEFORE COMMENTING 😉
About RagePluginHook (short: RPH)
Rage Plugin Hook is just Like Script Hook, a hook to load mods/scripts for GTA V. SH(ScriptHook) is used the most, and everyone uses it. But what makes RPH different? RPH has a .exe installer and creates a specific .exe for starting with RPH. So you can play normal GTA V without disabling RPH, just use the other exe. It has functions as loading and unloading mods while the game is running, it has it’s own console where you can change mod settings on the fly. It is 100% compatible with ScriptHook so you can use both! Give it a try, it’s easy to use, easy to play with and easy to develop for!
So if I still did not convince you, feel free to comment a “Why not ScriptHook”
But ScriptHookVDotNET is now too supported. Hooray! Thanks to @ikt!

Description
This mod makes cars not explode anymore when impacting the ground too hard. I thought it was really annoying that all cars explode when they hit the ground too hard, so I was looking to change that. EddIm also made a mod that does that, but it works differently and disables deformation for such falls too. So I tried my best and present to you my mod. With working deformation.

Requirements
Rage Plugin Hook OR ScriptHookV and ScriptHookVDotNET
+
GTA V – Steam or Retail or whatever, but you need the game.

Source Code
RPH
SHVDN
You need the RagePluginHook SDK to use the code, also pls don’t copy it 1to1, but instead look for how I did it and think of code youself with my code as inspiration or a basic idea. It won’t get much better with a strangers source code as a basis.