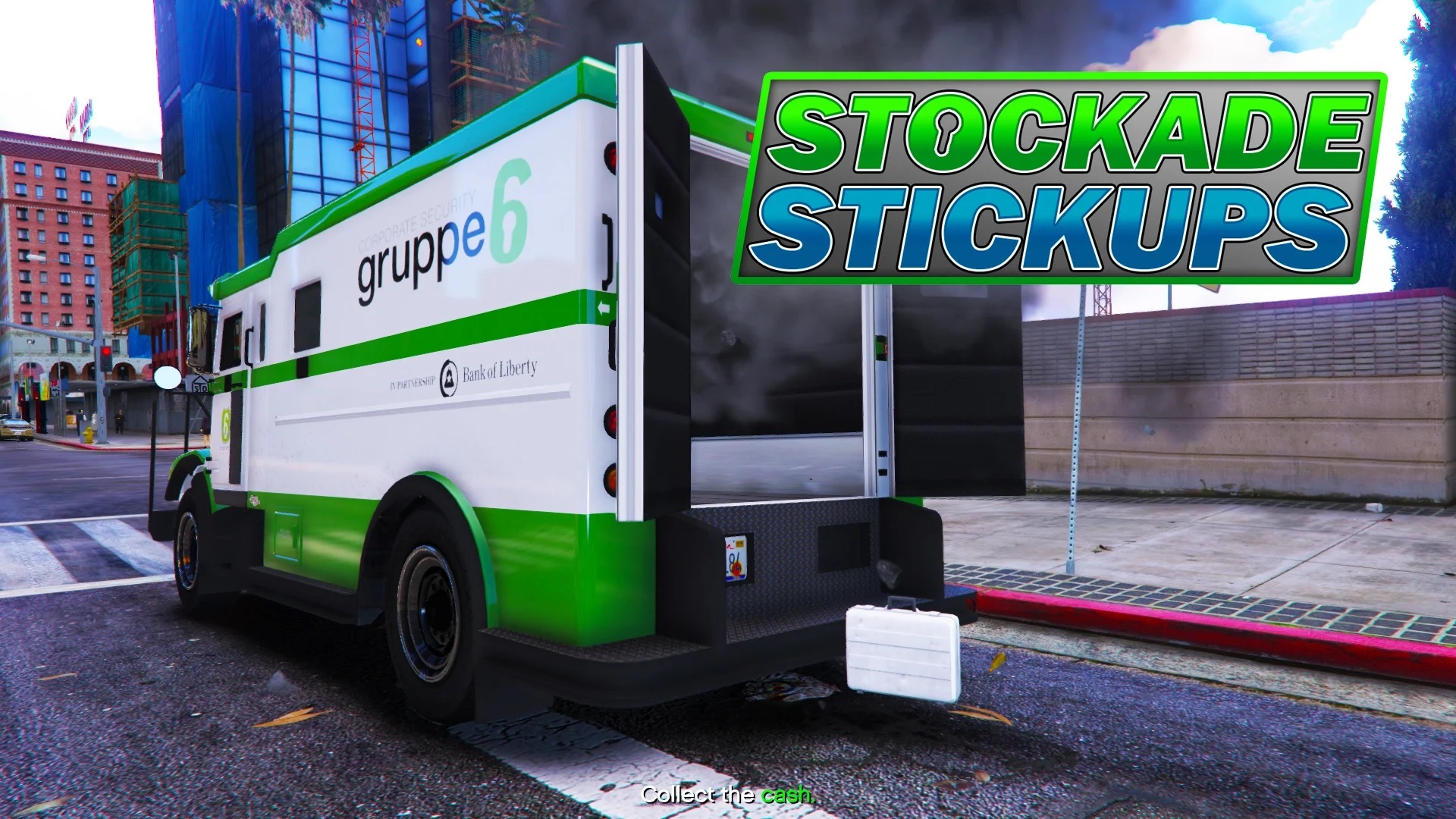 Stockade Stickups plans to re create the traditional gta online stockade robberies, that were removed in the enhanced version of the game.
a stockade will spawn 3-5 minutes after you finish robbing one(changeable in .ini file) or you can force spawn one if you hit “numpad1” (changeable in the ini file)

Changelog:
0.1 – release
0.2.1 – cops will be called if you shoot at the stockade or kill the driver
– the cash now spawns at the back of the stockade
– start key changeable in .ini file.
– added a countdown for a stockade to spawn, adjustable in .ini file. MEASURED IN SECONDS! 300 = 5minutes
0.3 – added a timer in the bottom that when it hits zero the stockade will despawn(this is to stop having one stockade spawned just roaming while you arent even robbing it) you can change the minutes and seconds in .ini
– you can now drive the stockade
– added a min and max time for countdown spawn time. it will choose a random value between the two, changeable in .ini file.
– REQUIRES NATIVEUI
0.3.1 – changed the notifications when a stockade spawns it to be accurate to the original gta online stockade heists.
– once you blow open the back doors the driver and passenger will get out and shoot you.
0.4 – stockade no longer spawns instantly when you load into the world
– added a success screen once you loose the cops
– the money bag pickup no longer directly gives you money (this is because pickups have a max amount of money around 60k, now it is unlimited)
– stockade now despawns once you lose the cops.
– changed the tickrate of the mod so many things will work better (cash spawning as soon as you blow open the back doors, not 2 seconds later)

2.0 – Added camera focus when you are near the target. (Thanks to Eddlm for help with the function)
– Hopefully fixed the crashing errors.

3.0 – Added voicelines to the guards. (Thanks to sjaak327)
– Guards no longer act like cops (fixed the following if wanted bug)
– Guards will get alerted and speed up if you get too close.
– hopefully finally fixed the crashing.