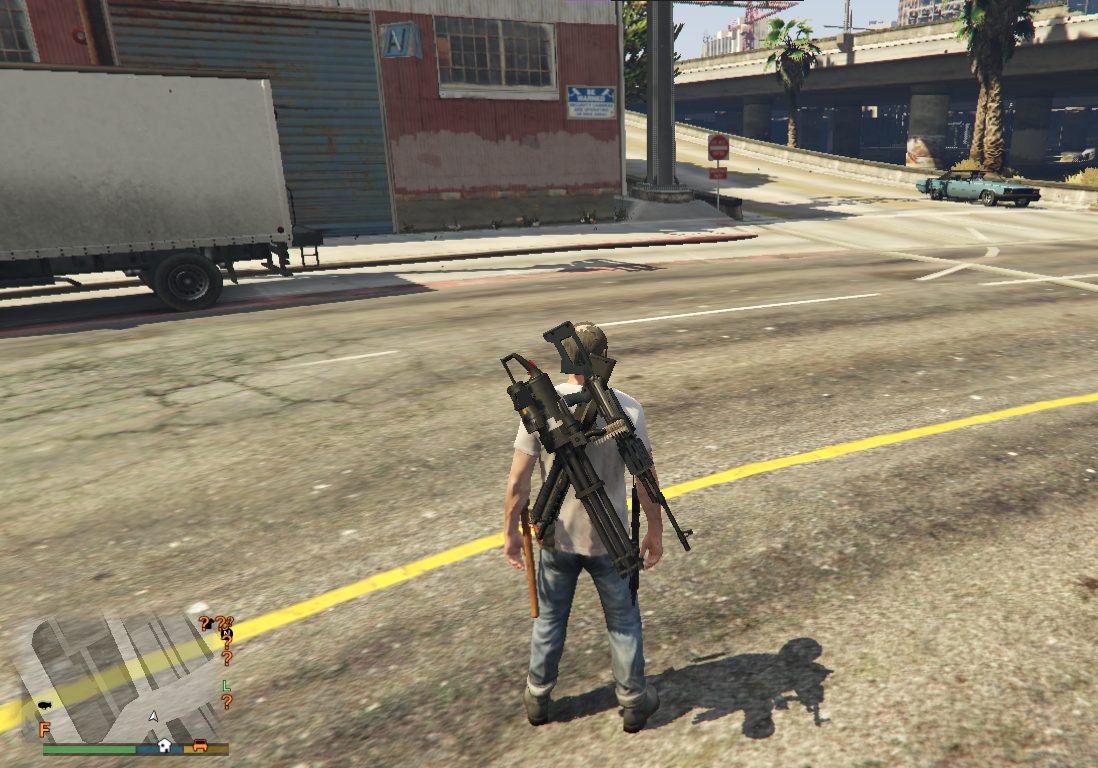 Unfortunately his mod does not support the latest DLC weapons. As far as I know he’s busy right now so I tried it out to continue his work.

Customized 8 slots (rearranged, based on michelangelo777):

Or 4 slots (original of InfamousSabre):

0.3
Rework the update.rpf/common/data/ai/weapons.meta from update 1.52. Preserving the properties of delayed hit (See video, sorry for my editting skill :P) from InfamousSabre’s old version with updated realistic bullet speed (muzzle velocity), while changing the maximum capacity of ammo (see the XLSX workbook for more details). The damage, recoil & other parameters are preserved from vanilla.
Update slots.xml so that weapon positions attached on body are correspondent to the weapon wheel.

0.2
Optional: pickups.xml and slots.xml with 4 slots such as InfamousSabre. (as a tribute to his work)

Change the order of slots in slots.xml
Rearrange weapons to its group in pickups.xml (was a mess in michelangelo777’s file, I’d prefer this way 🙂 thanks anyway pal)
Change ammo type of Minigun so that it could have 600 bullets (originally 180 bullets drain out too fast)
Change ammo type of Unholy Hellbringer, Widowmaker to have independent ammo (orginally use same ammo of Combat MG and Minigun)

0. IMPORTANT
BACKUP YOUR VANILLA FILES. NO UNINSTALLATION YET.
REQUIRED: Pickups 2.2 by InfamousSabre. My work only updates the new DLC weapons by overwriting his mod and WILL NOT WORK WITHOUT HIS MOD (AND BROKE YOUR GAME).

Automatic: use OpenIV to install the OIV package. Strongly recommend using ‘mods’ folder as there is no uninstallation yet.
Manual (If you wish to know in details which files I’ve altered): use OpenIV to replace the files WITH THE EXACT ORGANIZATION in the Manual folder. I’ve organized every files such that your game suffered the least amount of change, to avoid mod conflicts.
Optional 4 slots: copy pickups.xml and slots.xml to root/Pickups and replace

InfamousSabre for Pickups (I have included his README together, but none of his original files)
michelangelo777 for 7 Visible Weapons on Player
sjaak327 for Simple Trainer for GTA V (used in testing)
trembacz for diff-checker
RAGE Multiplayer wiki for the weapons icons and references
GTA Wiki for references