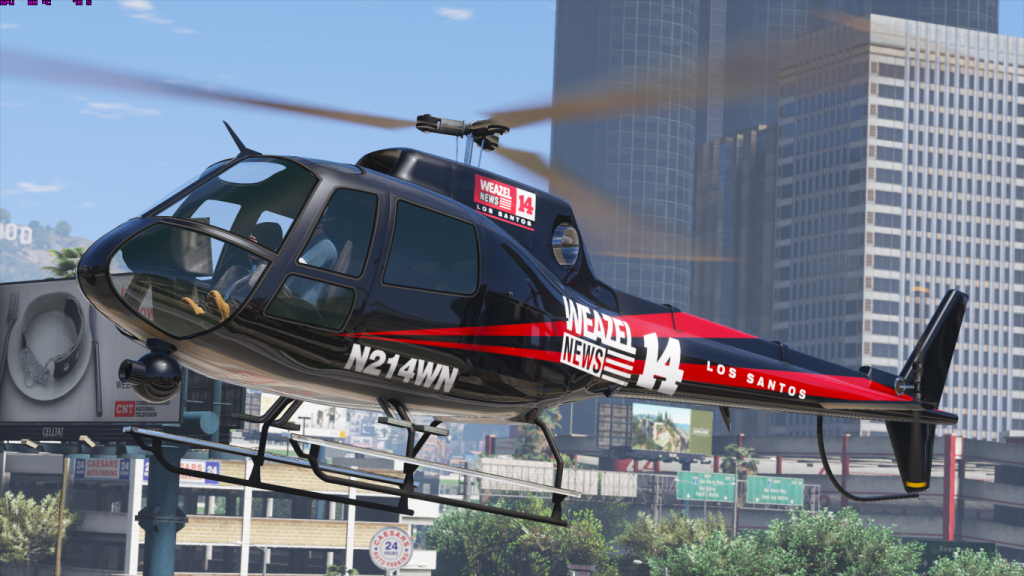 A bloody confrontation. Heavy armaments involved. No third party dares to intervene for their own good. Or so it seemed. The lone news chopper is itching to get a latest scoop on the shootout, buzzing dangerously close to the temporary no man’s land. Shot down a few seconds later by some mentally unstable RPG-toting jackass, its carcass reminds the media hounds about the utmost importance of minding one’s own business – especially in sticky situations.

You may know that the Police Maverick in GTA V isn’t a Maverick at all, so here it is, I’ve mapped the Police Maverick to support more liveries and this is the civilian version of it. Two versions are included; the regular one and the news chopper version. The former retains all of the features from the police version while the latter have it’s rappel winches removed as they wouldn’t fit on a news chopper. The static rear doors also has been converted into usable ones, they will work the same as the ones from the Swift.